(JTA) — A shooting at a Chabad synagogue in Poway, near San Diego, California, has left one person dead and three injured, including a child.

Police in Poway detained a white 19-year old San Diego man in connection with the shooting on the last day of Passover, and hospitals said they were taking in the wounded people. The suspect left an “open letter” prior to the attack, law enforcement said.

“A man has been detained for questioning in connection with a shooting incident at the Chabad of Poway synagogue,” the San Diego County Sheriff’s office said Saturday afternoon on Twitter. “@SDSOPoway Deputies were called to Chabad Way just before 11:30 a.m. There are injuries. This is a developing situation.”

Update #1: A man has been detained for questioning in connection with a shooting incident at the Chabad of Poway synagogue. @SDSOPoway Deputies were called to Chabad Way just before 11:30 a.m. There are injuries. This is a developing situation.

Sheriff William Gore said in a news conference that the fatality was an adult woman, and the three injured were two adult males and one juvenile female. News 10 San Diego named one of the injured as the synagogue’s rabbi, Yisroel Goldstein.

In March, Goldstein wrote a Facebook post lamenting the deadly shooting at a mosque in New Zealand. 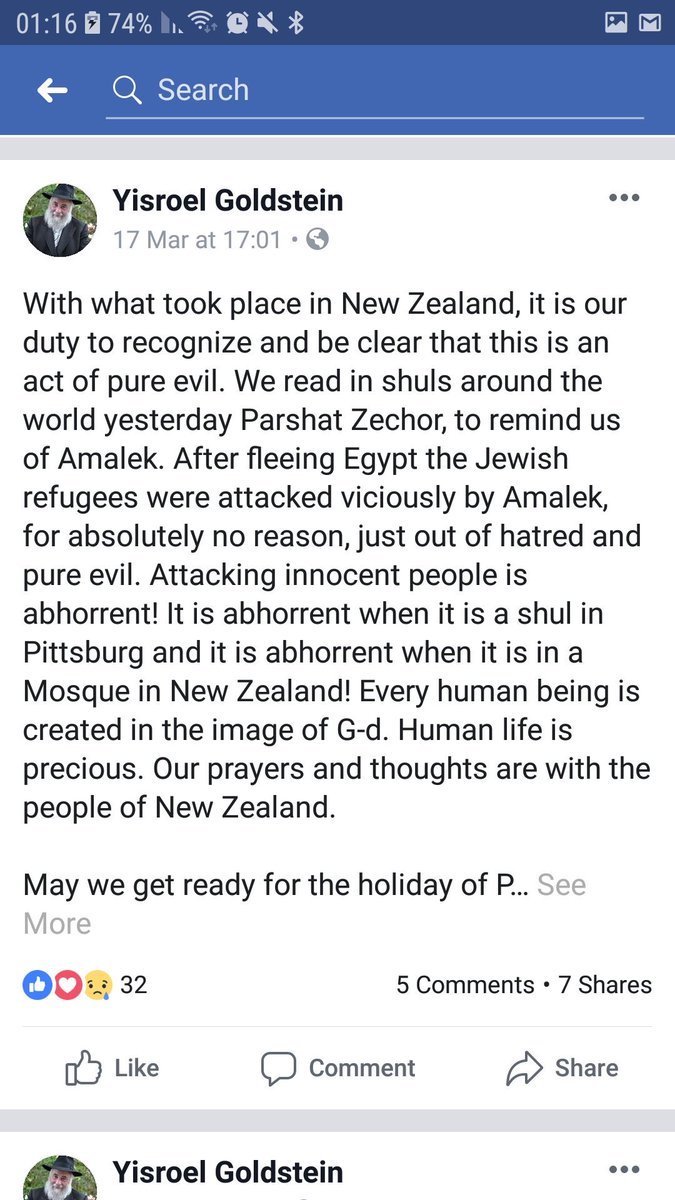 A police spokesman said that a Customs and Border Patrol agent working off duty as a synagogue guard fired on the suspect as he fled the building, hitting his vehicle. The suspect called police and turned himself in, exiting his car with his hands up when police arrived where he had pulled over. There was an assault rifle in the car.

Poway Mayor Steve Vaus told CNN that the danger was over. He said that congregants had engaged and helped to stop the shooter, who apparently had antisemitic intent.

“I have heard that this was someone with hate in their heart, hate toward the Jewish community,” he said.

Vaus later added: “It was a hate crime,” an assessment he said was based on “statements that were made when the shooter entered.” He would not elaborate.

NBC 7, a local television station, identified the shooter as John T. Earnest. The sheriff confirmed that Saturday evening, saying the suspect had no prior contact with the police.

Gore said law enforcement was examining evidence that Earnest may have been involved in a mosque arson in Escondido, California, earlier this year, and whether the attack on the synagogue was a hate crime.

CNN quoted the Palomar Medical Center Poway as saying it was expecting four trauma patients from the shooting.

Poway, about 20 miles north of San Diego, is an upper-middle-class city with about 48,000 residents.

The shooting on the last day of Passover was six months to the day after the deadliest anti-Semitic attack in U.S. history, when an alleged white supremacist murdered 11 worshippers at a Pittsburgh synagogue complex.

CNN quoted witnesses as saying that there were six or seven shots, and that the rabbi had two fingers blown off.

The Anti-Defamation League said it is on the ground in San Diego “working with local authorities to set up a community support center for those directly affected by the shooting.”

Trump spoke about the shooting at the rally Saturday night in Green Bay.

“Our entire nation mourns the loss of life, prays for the wounded and stands in solidarity with the Jewish community,” he said. “We forcefully condemn the evil of antisemitism, which must be defeated.”