The Sidney Albert Albany JCC in New York’s state capital closed early Sunday after receiving the threat. Police evacuated the building and swept it for bombs, later declaring the all clear. The JCC announced that it would reopen as usual on Monday, the Times Union reported.

Cuomo told reporters at the scene on Sunday that the Albany center was one of 19 JCCs nationwide that received the threat. A Cuomo spokesman said officials could not provide locations of the other sites, CNN reported.

“When you threaten a JCC, these are, it’s not just an antisemitic attack. You have children who go to the JCC. You have gym facilities here. So, you are really threatening children,” the governor said. “It is one of the most heinous things you can do. And again, it is fear and it is terror. That is all it is – terror.”

In posts on social media, Cuomo said an investigation is ongoing.

In 2017, the Albany JCC was one of 54 Jewish community buildings throughout the United States that received phoned bomb threats. Most came from a 19-year-old dual American-Israeli citizen, who was indicted on federal hate crimes charges. He was sentenced to 10 years in prison, though his attorney said he is autistic and incompetent.

The same man also made hundreds of bomb threats to hospitals, airlines, schools and Jewish institutions in the United States, Canada, New Zealand, Australia and Britain.

Bomb threats were made by email today against multiple Jewish Community Centers across NY.

At @AlbanyJCC, police evacuated the building, then declared it safe. An investigation into the threats is ongoing. 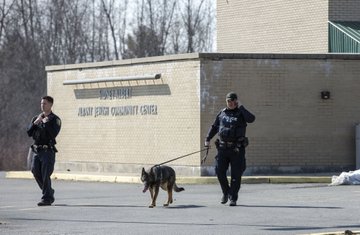 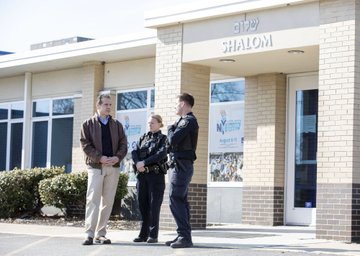