TEL AVIV (JTA) — The reservations were rolling in, and Inbal Baum was preparing for her busiest summer yet of food tours through Israel’s famed open-air food markets. Her decade-old tour company and its team of over 20 guides were ready to lead thousands of international guests to markets in places like Tel Aviv and Jerusalem, where they would try curated samples of foods ranging from hummus and bourekas to lachoch bread and ma’amoul cookies.

That was before the coronavirus pandemic.

First, the arrivals of tourists slowed. Then restaurants closed. Then, finally, so did the markets.

Baum’s company, called Delicious Israel, was out of work. And yet, she noticed that people seemed more interested in food than usual — they just weren’t flying anywhere to try new dishes. Instead, they were cooking, baking and pickling in their home kitchens nonstop.

So Baum thought of another avenue to reach her foodie clientele while simultaneously supporting other food industry professionals who, like herself, found themselves floundering overnight: In late May she launched Delicious Experiences, a website that connects home cooks with leading chefs and culinary experts (mostly U.S.-based, some international) for one-on-one private workshops via video chat.

The platform offers tailored classes in cooking, baking, mixology, cake decorating and food photography. Many of the instructors are Jewish, and many of the courses are Jewish-themed.

When Baum compiled a wish list of culinary celebrities and started reaching out to potential instructors, she was surprised by how many of them said yes. 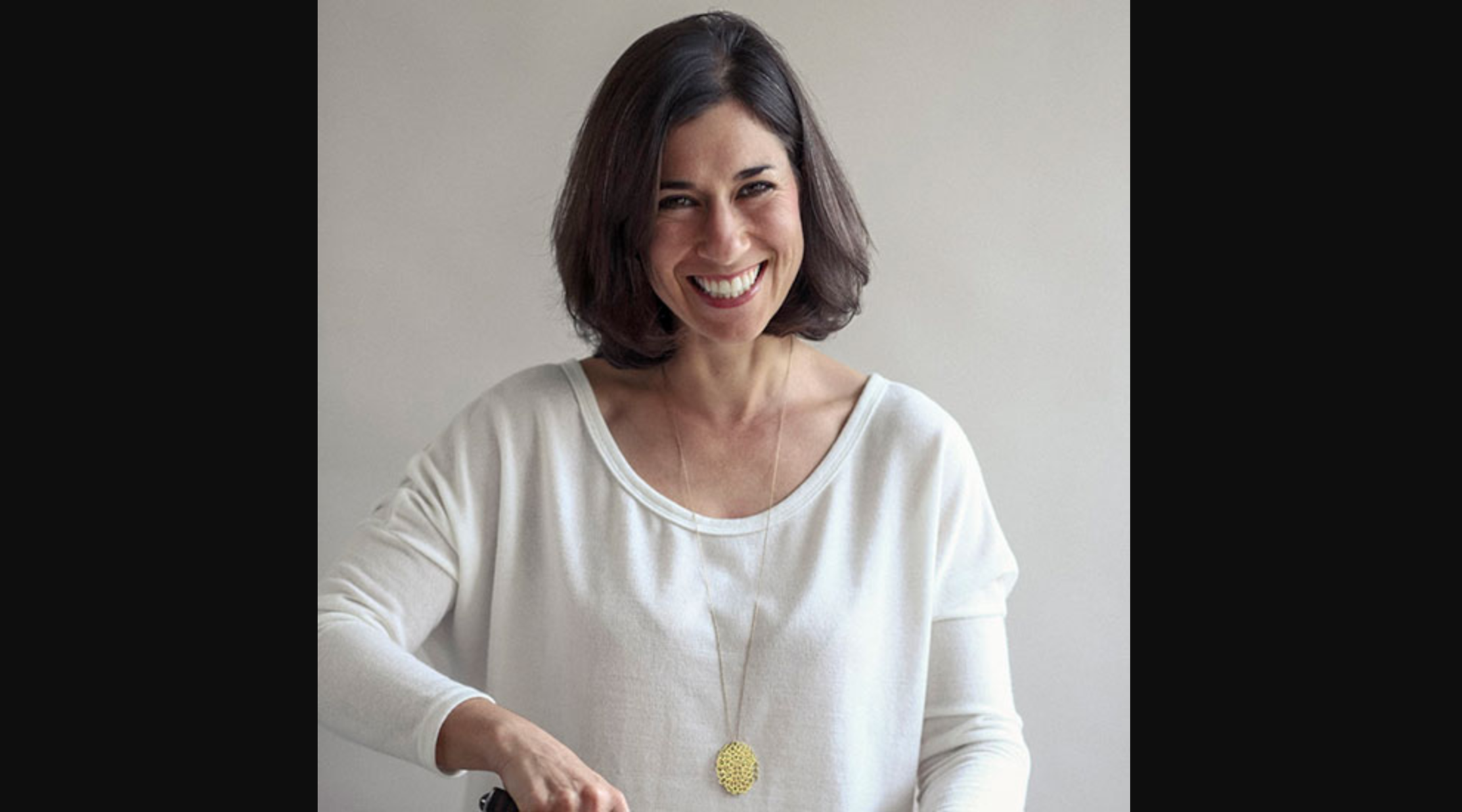 “Really insanely great chefs were very open to doing this,” she said. “A lot of these chefs see their own futures in some kind of online format, and so this is a perfect way to give them a platform to start off that process.”

Kevin Fink, a Texas-based chef on the platform, says that classes are “always something that I get asked to do, and traditionally, we just don’t have time.” In the age of COVID-19, reaching clients online is more feasible for some chefs.

Beyond the time factor, these types of live private experiences were never a high priority in the food industry.

“It’s actually something that’s super uncommon in the food world. Well, was uncommon,” adds New York-based Jake Cohen, another chef on the platform and author of the upcoming cookbook “Jew-ish: A Cookbook: Reinvented Recipes from a Modern Mensch.” “It’s something that’s changed drastically. Almost overnight we saw this complete shift in how people reacted to food and what they were craving.”

Shiry Yosef, an entrepreneur in Tel Aviv who loves drinking cocktails at bars and restaurants but had never made one at home, tried a craft mixology class on Delicious Experiences with Singapore-based bartender Joseph Haywood. They decided to focus on gin and whisky.

“It’s not a substitute for travel or for dining out,” Yosef said. Still, she added, “I actually loved that I was in my own kitchen with my own ingredients. It made it feel like something that I will repeat at home.” 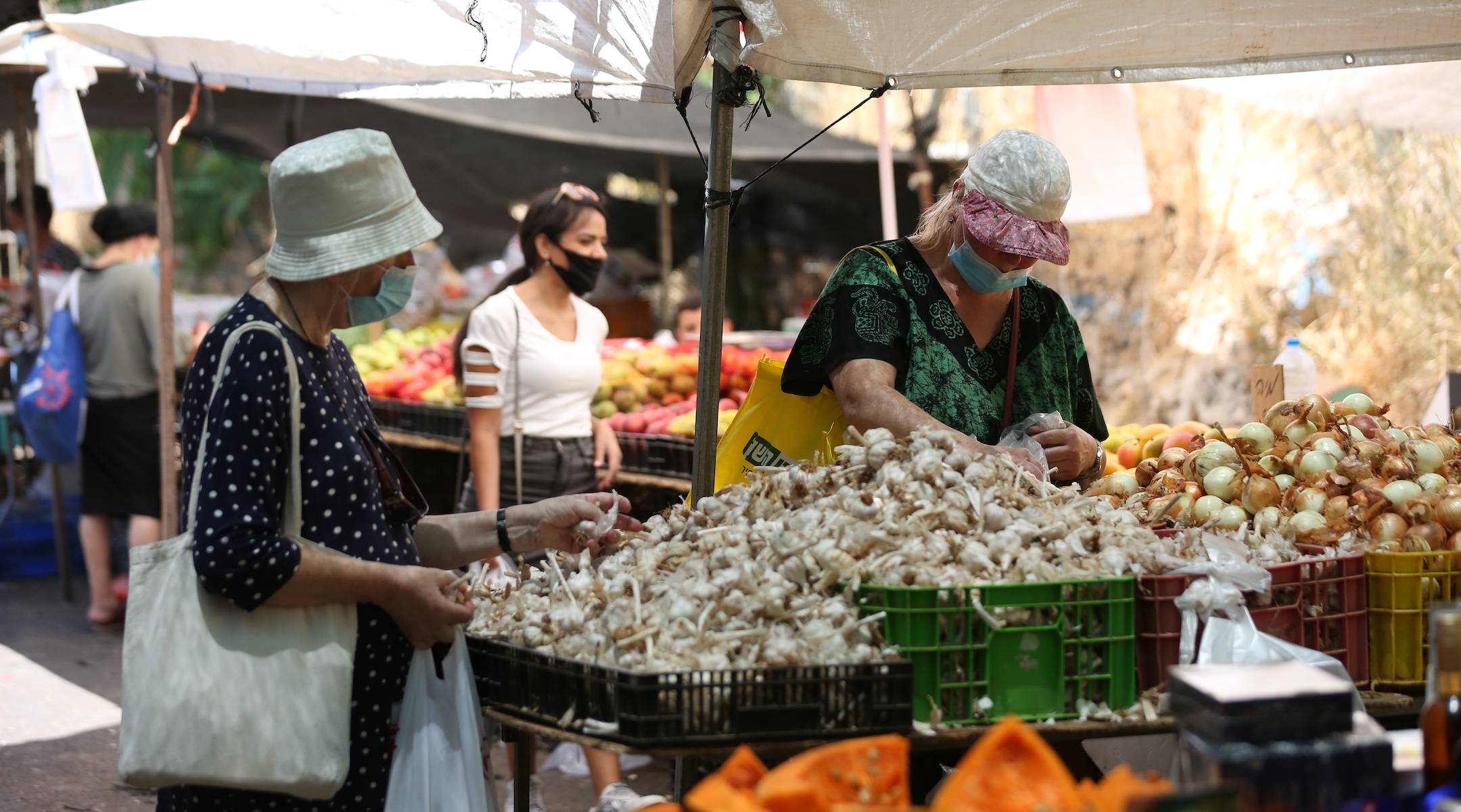 Shoppers are back at Israeli outdoor markets, such as this one in Tzfat, pictured July 15, 2020, but Delicious Experiences lives on. (David Cohen/Flash90)

When Baum tried the cocktail class herself, she also felt it was an advantage being in her own kitchen — despite the fact that she doesn’t have any cocktail-making tools.

“We don’t have a shaker,” she said. “He’s like, ‘Do you have a water bottle?’ And right behind me was my daughter’s sippy cup, and the chef was like, ‘That’s perfect! You can even strain it.’”

Baum argues that doing these workshops at home, in the same kitchen clients use daily, makes them much more likely to recreate the dishes later. She claims, as someone who regularly takes cooking classes overseas when she travels, that the dishes are always tricky to reproduce at home since you never have the same tools or ingredients.

“But all of a sudden, when you do it in your kitchen, you learn that you don’t need a rolling pin — you can actually just use a wine bottle or a paper towel thing,” she said. “Or, in Israel we don’t have half-and-half — it doesn’t matter. It’s something that a recipe’s not going to tell you. When there’s a chef on the other side they’ll tell you what to mix, part cream, part whatever.”

Israel’s markets have opened back up again, despite a rise in COVID-19 cases across the country — but what people want has changed, Baum says. Going out to restaurants doesn’t seem to hold quite the same appeal.

“Now you can still go out and you can still order in. But none of us really want to as much anymore,” Baum said. “The kinds of experiences that we might have done before are maybe a little less exciting or appealing right now. But we still want do things.”

Cohen sees being a foodie as meaning something different now.

“This new world has created an environment in which, if anyone prioritized good food in their life [before], that means that now they have to prioritize learning how to cook at home,” he said.