Outgoing Jerusalem Mayor Nir Barkat announced that he would not be running for a third term and will instead be entering national politics.

Barkat has been working for the city since 2003, when he was first elected as a city councilman. He has served as mayor of Jerusalem from 2008 until 2018.

Earlier this month, Barkat passed the torch to the city’s new mayor, Moshe Lion. Before moving on, he caught up with JNS to reflect on his legacy, talk about where he sees the future of the city under Lion and what’s next for him.

Q: Looking back on 10 years in office, what would you say is your legacy?

A: Bringing hope. A decade ago, the city was in a downward spiral, and many people lost hope in our ability to exploit the potential of our city. I think when I passed the ropes to Moshe Lion, I felt an uplifting feeling because we have made significant progress in many fields and together, when you aggregate all these changes we made, it translates to people believing in the future of the city. It translates to hope.

Q: Can you offer examples of these changes?

A: The city is going through a cultural renaissance that influences tourism and that positions Jerusalem as a place to visit. London-based Euromonitor reported that Jerusalem is poised to see a 38 percent spike in inbound tourism by the end of the year. That translates to close to 5 million visitors per year. When I started, that number was closer to 2 million.

I set of goal of ultimately reaching 10 million visitors and of building a city that is in demand. I brought the Giro d’Italia, the Jerusalem Marathon, the Jerusalem Festival of Light, new life to Machane Yehuda [open-air market], expanded Teddy Stadium. We did more than 150 projects to dramatically change the city’s cultural quality.

Q: What about jobs?

A: High-tech has blossomed. When I started, we had around 200 startups in Jerusalem. Now we have around 600. We never even ranked among the largest 100 cities in the world for tech, and last year, we were ranked one of the top 25 tech ecosystems [by Time magazine].

There is also the education system and a few other initiatives that we have developed; they are all looking very bullish, very positive and, thank God, I feel I made a big difference in the city. The whole thing together, it makes a big difference.

Q: Yet after 10 years in office, Jerusalem is still the poorest city in Israel, with the highest cost of living, and young people continue to move away. The Central Bureau of Statistics revealed earlier this year that housing starts in Jerusalem declined the most of any district in 2017, down 24 percent from 2016, as opposed to a national decline of 14 percent. Why do you think you couldn’t solve these problems?

A: What we have been doing is very aggressively pursuing economic growth, and we had lots of successes. We have made the education system much better. And I can tell you statistically that for years the amount of secular and national religious children in the city shrunk. We succeeded in turning that trend around.

We see that the number of young people choosing to stay in Jerusalem and send their children to the secular and national religious school system has dramatically changed course.

Q: Throughout most of the time you were in office, critics accused you of neglecting eastern Jerusalem. But in your last term, the government’s “Leading Change” program committed to investing NIS 2 billion, or $560 million, in three core areas: education, infrastructure and helping Arab-Israeli women enter the workforce. The Jerusalem Municipality, under your leadership, helps carry out the program. Why did you not make your own investment first? And do you think that Lion will drop this or continue?

About 50 percent of classrooms go to east[ern] Jerusalem. We have a big shortage of classrooms in eastern Jerusalem and in ultra-Orthodox neighborhoods. We treated them honestly and fairly, and I am very proud of that.

The extra investment last year came from the national government, and that investment is on top of investments already being made by the city. I have no doubt Lion will continue the same investments. He was part of my coalition, he supported those investments, and I don’t think there is anyone in the municipality who would ask to stop them on the right, center or left.

The city is one, and will always be united and undivided, so we are accountable to and responsible for investing in eastern Jerusalem like any other part of the city. 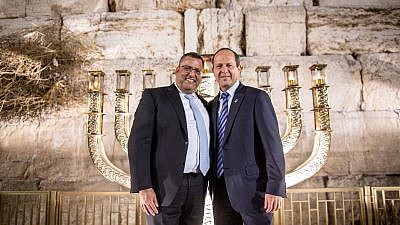 Q: So, in your opinion, any efforts to divide the city are no longer viable?

A: My opinion about Jerusalem will never change and now, if anything, I will be even freer to support and defend Jerusalem, hopefully as part of the government. I will be a strong, supportive voice for Jerusalem on the national level.

Q: Now let’s talk about the election. It seems in the final round that you had a change of heart about whether Lion was qualified to succeed you. When he was running against Jerusalem Affairs Minister Ze’ev Elkin, you called him “a puppet of Shas leader Aryeh Deri and Yisrael Beytenu chairman Avigdor Lieberman.” Do Lieberman and Deri suddenly not have an influence?

A: When the elections were happening, I knew I could have just let the public do what it wanted. But I decided to raise my voice, and the candidate I felt would be most suited for our city was Elkin. However, he did not get elected. So, between the two choices that remained for the city, I could see Lion was more suited to do the job, so I supported him.

Regarding Deri and Liberman: One must monitor all kinds of concerns. But I think Lion has a high degree of independence and influences. Even I have influence on him. He is qualified for the job and he knows the city—he was part of my coalition—and he wants to continue the trend that the city is on. He sees the positive changes we promoted and supports them, so I believe he will continue the legacy and develop the city similarly to what we were doing before. I felt [city councilman Ofer] Berkovitch was not qualified for the job.

Q: As you mentioned, you turned Jerusalem into a modern place in many new ways. Are they all going to be gone and/or what new culture do you think Lion might add?

A: There is no doubt in my mind that Lion will continue the city’s positive cultural renaissance. He has been claiming he will defend and expand and help the quality of life in Jerusalem. Naturally, you must have an open ear and find the right balances, such as near the shuk, where we must make sure the businesses and residents can thrive. We have not always reached the right balance, but I am optimistic about the future of Machane Yehuda nightlife and the future of nightlife in Jerusalem in general.

[Residents near the market have complained about gas-burning chimneys, unbearable noise, parking problems and sidewalks occupied by restaurant and pub owners.] 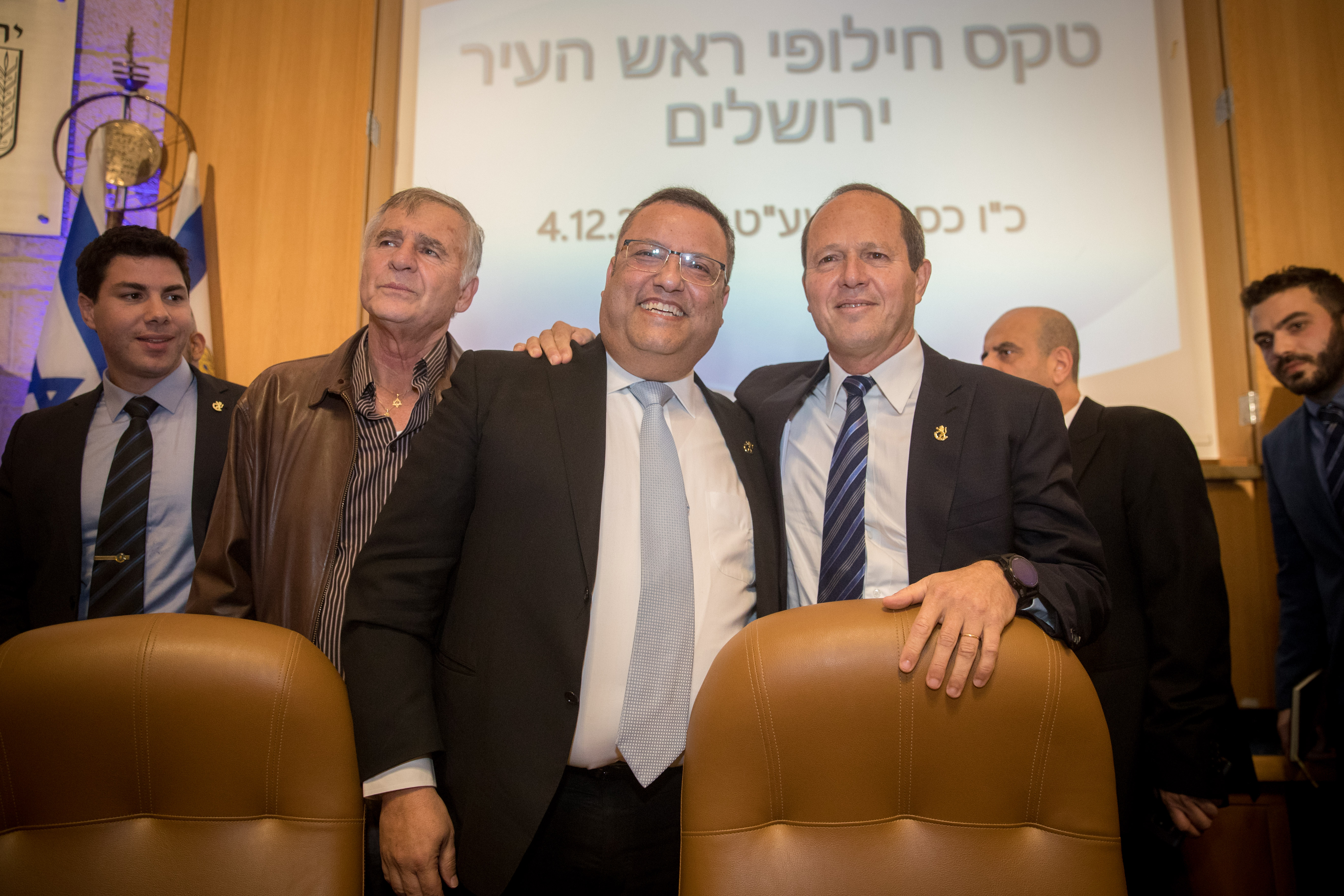 A: I thank God I had an opportunity to help build and develop the city of Jerusalem. I am going to take nationally my experience and successes here in Jerusalem, and before that as a high-tech entrepreneur and commander in the paratroopers. I see myself as a public entrepreneur, and I want to serve my country.

I am a Likudnik, and I will hopefully join the next primary and gain enough Likud support to get elected to the Knesset. My goal is to help [Israeli Prime Minister Benjamin] Netanyahu, the government and people of Israel. I served my city, and now I want to serve my country.