(JTA) — Jewish astronaut Jessica Meir tweeted a Hanukkah greeting that included a photo of her holiday-themed socks with earth seen through the window in the background.

“Happy Hanukkah to all those who celebrate it on Earth!” Meir tweeted from the International Space Station.

Meir joined the crew of the space station in September and the following month participated in the first all-female spacewalk.

Last month Meir posted photos of Israel as seen from space, in which she honored her father.

“My father’s globe spanning journey as a surgeon from the Middle East, to Europe, and eventually to the U.S. was an inspiration to many in my immediate and extended family. #TheJourney,” Meir tweeted in November.

She brought an Israeli flag to the space station as one of her allowed personal items. And the Hanukkah socks.

Happy Hanukkah to all those who celebrate it on Earth! #HappyHanukkah 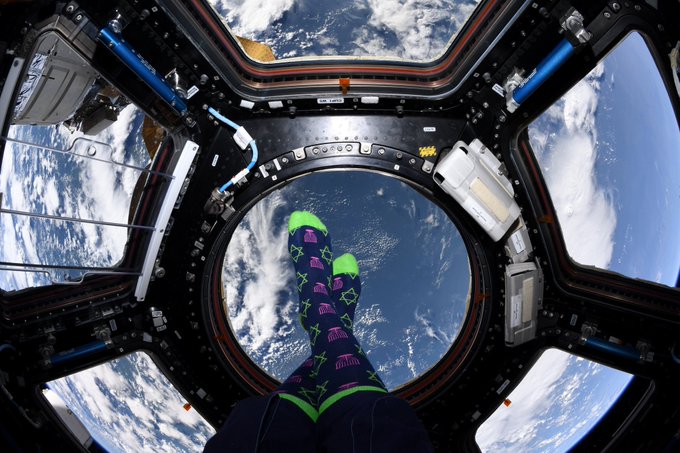