This article originally appeared on The Nosher.

Jewish holidays usually follow the same story: they tried to kill us, they failed, now let’s eat. These victories — like the Israelites’ exodus from Egypt, and the miracle of the oil lasting eight full days — are always followed with vast amounts of Jewish delicacies, like brisket and latkes. But food isn’t only used for celebratory occasions — it’s also consumed in times of mourning, like the shiva.

In Judaism, when someone dies, the family traditionally partakes in a seven-day period of mourning called shiva. It begins promptly after the burial, and while not all mourners sit for the entire shiva period, one thing remains constant: an abundance of food.

You see, the Talmud states that it’s forbidden for mourners to cook for themselves on the first day of mourning. Even if it didn’t, most mourners are not exactly in the perfect state of mind to start whipping up a feast for guests. As such, extended family members and friends typically provide tons of food for the mourners, oftentimes enough to last the entire seven days of shiva.

The most commonplace Jewish foods at a shiva are deli sandwich platters, baked pasta dishes, loads of baked goods and sliced fruit platters. All gestures are appreciated, but if the same food is being presented to the mourning family day after day, it can be overkill, even when it’s something sweet. So it’s important to check in with the family, or the person helping to coordinate the shiva, to find out what kinds of foods the family needs, and which they’ve already received. And for many, this sometimes means waiting a few weeks after shiva to bring over a hot meal — grief lasts longer than seven days, after all.

Everyone’s palate and dietary needs are different, so there’s no one-dish-fits-all for mourners. How do you determine the best thing to bring? By asking, of course! Or, as to not overwhelm the mourning family, ensure that a point person, or team, has been chosen to keep track of incoming food. Another option is to use a website like Caring Organizer or Meal Train to organize meals. While Edible Arrangements and dessert platters are popular go-tos, those sitting shiva need more nutritious foods to get them through a difficult time, not to mention foods that don’t spoil easily. Many of the experts we consulted with said to stay away from those Edible bouquets, as adorable as they may be, as well as fruit salads because they go bad quickly and just end up getting dumped in the trash.

If you’re making an effort to lend a helping hand, take the extra step and ensure the edible support you offer is actually helpful. Store-bought food is just as good as homemade, and remember to take precaution by checking with the point person if the family has any allergies, kosher guidelines, or other food restrictions. The last thing you want to do is send a mourner to the hospital because you didn’t know of a serious allergy.

The bottom line? The best way to comfort mourners is with delicious food, so we gathered our top shiva food picks. Keep in mind that the first day of sitting shiva is sure to be loaded with food, so offering food anytime throughout the seven days, or the following weeks and months while the family recovers, is really helpful.

Okay, so this isn’t food. But, it’s totally necessary. No mourner wants to deal with a sink full of dishes, so providing paper plates, cutlery, cups, and napkins is an easy way to lend a helping hand. Freezer bags are also useful to store the abundance of leftover food following the shiva. 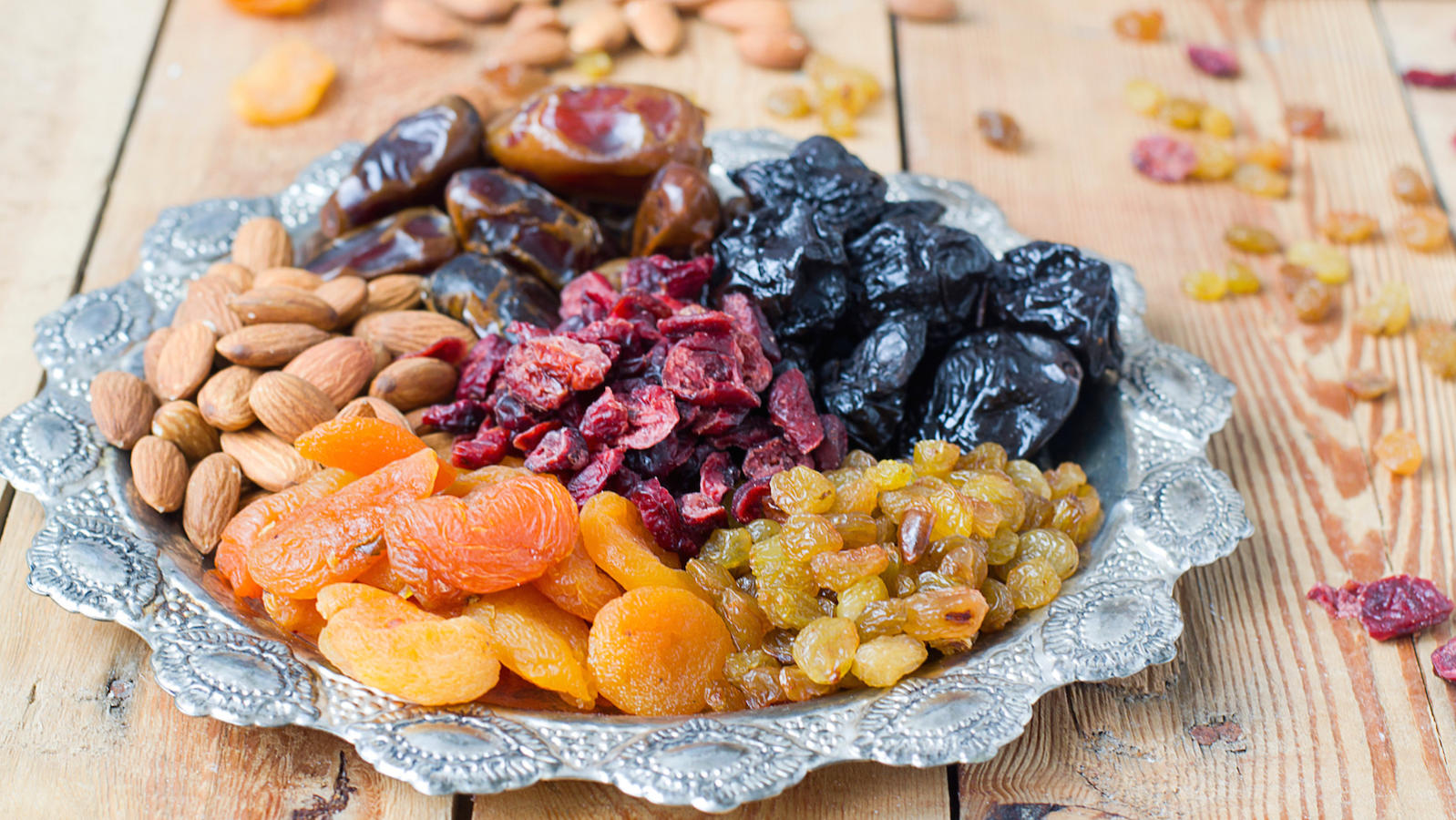 With the abundance of nut allergies, this can be hit or miss. Contact the point person before buying nuts, but dried fruit is almost always a win. It’s easy, non-perishable, and nutritious. You can also bring fresh fruit, but avoid Edible Arrangements. They’re thoughtful in theory, but in the end, a big waste.

It might seem tacky, but a gift card for food delivery services like UberEats, Seamless, and Postmates — or even one to a local restaurant — is immensely helpful and super easy on both ends. The family can use it at a time when they will really appreciate the convenience. 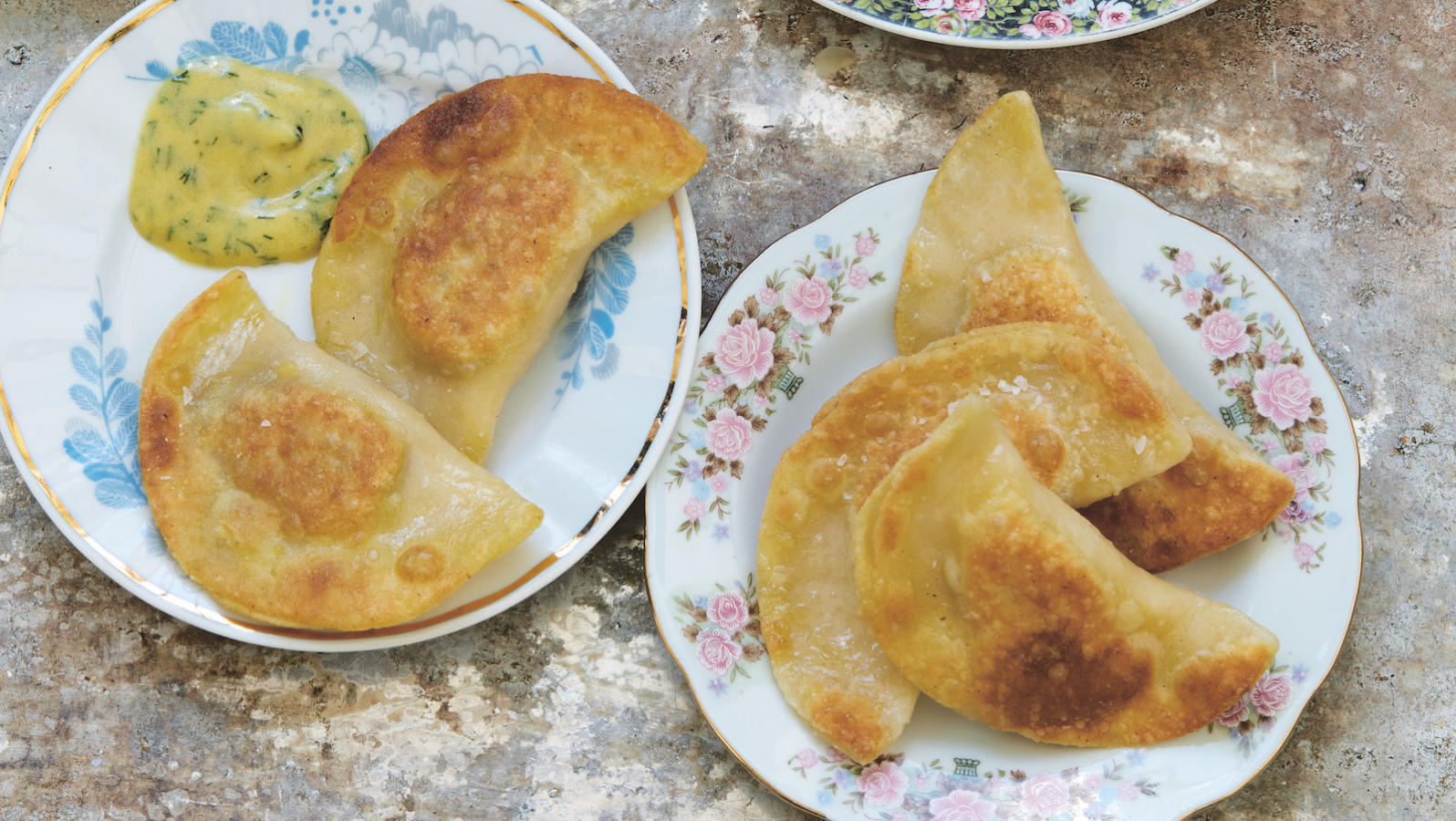 Cold cults and sliced bread, mini hotdogs, pierogies (even the frozen kind), falafel, and assortments of frozen bites (Costco, anyone?) are easy, filling foods with little clean-up. Plus, kids love finger foods and it’s important to consider what the kids will eat during shiva, not just the adults. 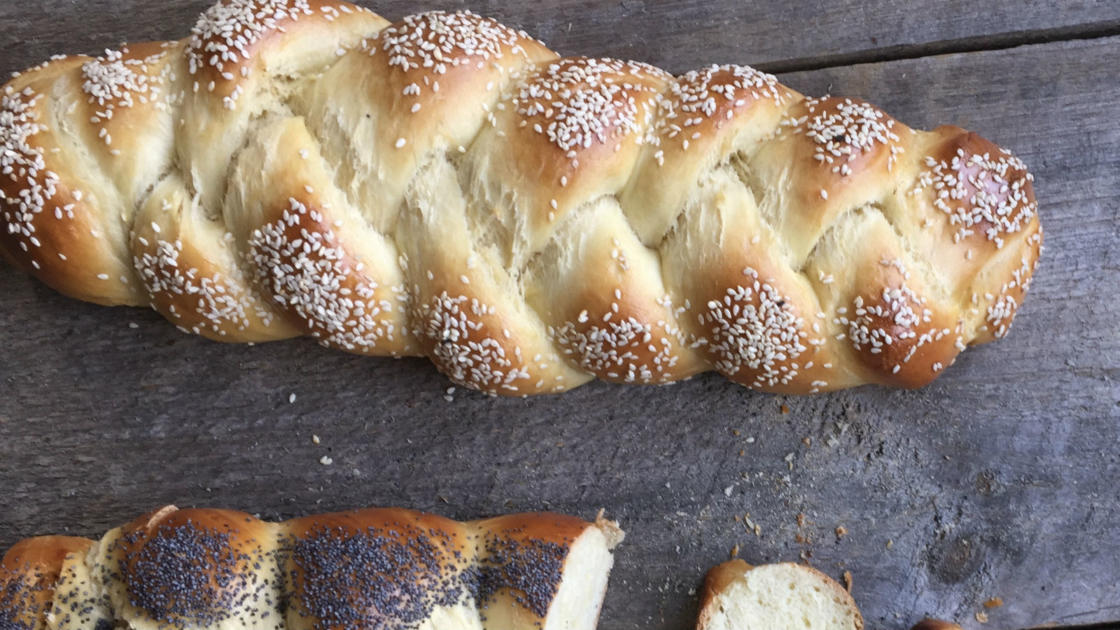 Homemade or store-bought, challah will always be a win. You can drop one off fresh out of the oven on Friday for Shabbat, but any day of the week will do. Challah can be used for lunch and dinner sandwiches, breakfast french toast, and the leftovers (if there are any!) preserve nicely in the freezer. 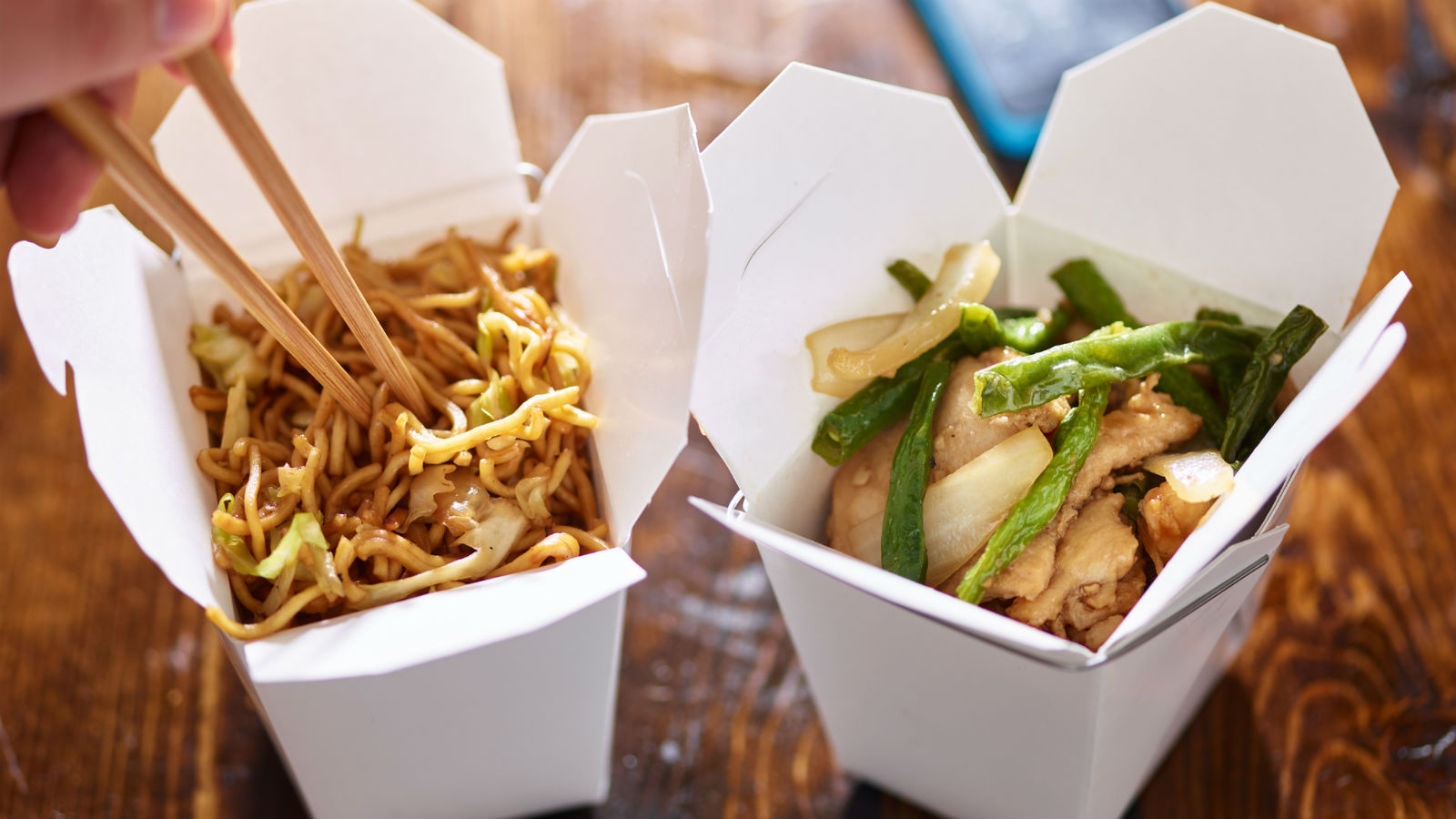 Jews love Chinese food — it’s one of our more positive stereotypes — and not just on Christmas, so you really can’t go wrong with this one. But don’t take any chances and ask the family’s point person if they’re averse to takeout. If you’re out of town, you can look up a local Chinese restaurant and order delivery for the whole family, tip included.

Give the mourners a break from the regular rugelach and cookie platters and bring them a tub of delicious rice pudding, or even some ice cream or a box of gourmet chocolates. Nothing warms the heart like sweets. 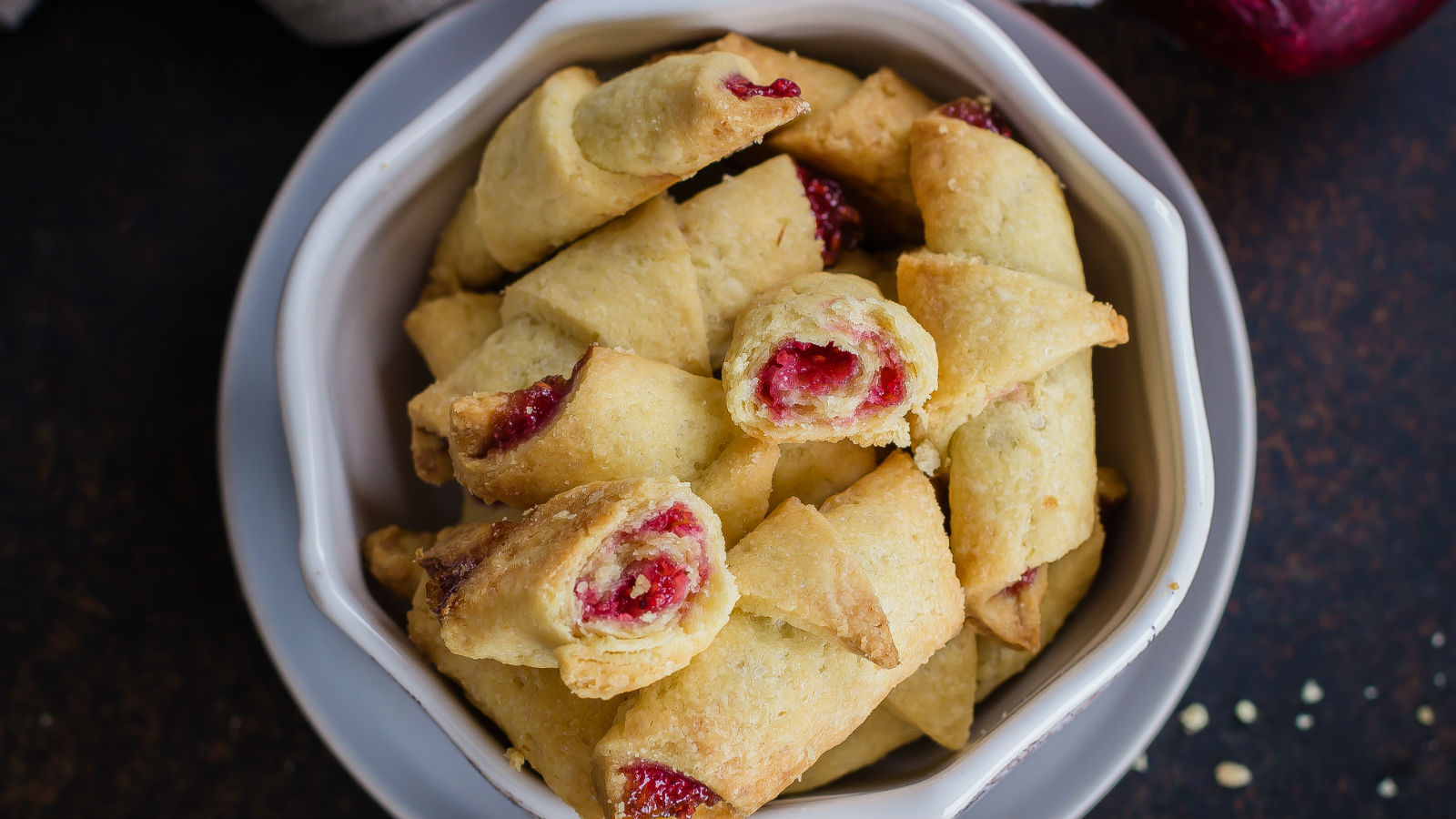 As long as the mourning family’s house isn’t already filled to the brim with these treats, rugelach and baked goods like babka and banana bread are still a win. Just make sure everything is sliced and ready for noshing to avoid dirtying extra knives. 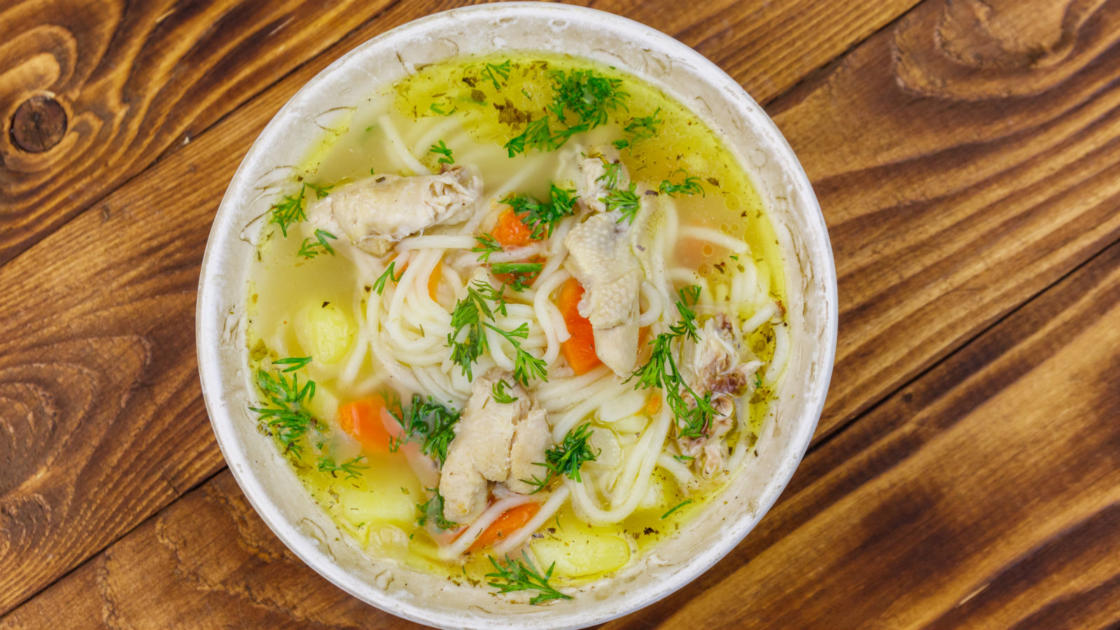 Hot matzah ball soup in the summer? Actually, soup is comforting all year round, and it can stand getting heated up multiple times and even being frozen for later. Whether it’s homemade or store-bought, a little Jewish penicillin will go a long way. 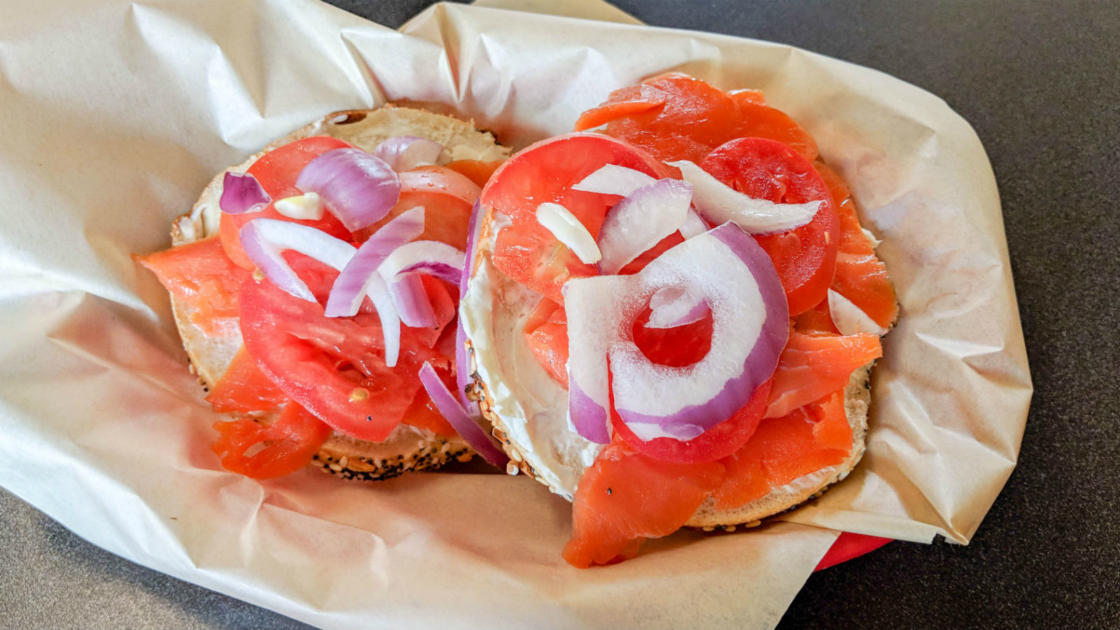 Lunch, dinner, and dessert foods are the first items people think of to bring to a shiva, but what about breakfast? It’s (debatably) the most important meal of the day. Drop off vats of yogurt, bagels (ideally after the family has gone through their shiva bagels), lox and even freshly made shakshuka (Trader Joe’s has an excellent starter kit) for the mourners.

Oh, and COFFEE! This is so important. Give a Starbucks gift card or drop off freshly brewed coffee or espresso. They’ll really appreciate it.

Frozen brisket, Shabbat chicken, schnitzel, and the like are super helpful for mourning families who just aren’t ready to start cooking again. Vegetables are also a plus and a necessary break from supremely comforting — and caloric — dishes like lasagna and other kinds of baked pasta dishes.

In the end, no matter what you offer a family in mourning, the gesture will be wholeheartedly appreciated. But taking the extra step to determine what exactly they need speaks volumes.