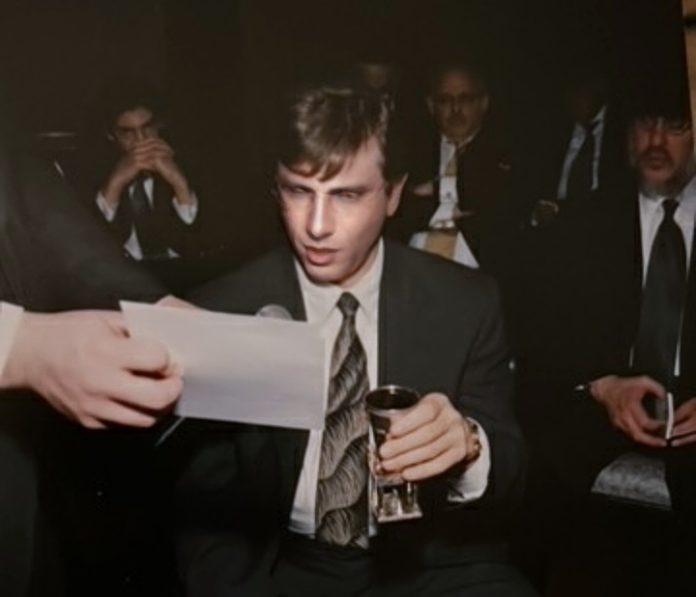 Dr. Steven Krauss,63, of blessed memory, was one of the genuine Tzaddikim of the Five Towns and a personal friend.  Dr. Krauss leaves a devastated community both in the Five Towns, among his thousands of pediatric dental patients and his beloved family of three married daughters and many grandchildren.

Dr. Krauss was known throughout the Jewish community in the entire tri-state area as perhaps the leading pediatric dentist in the nation.  Patients came from as far as Lakewood and Monsey. He was described as kind, compassionate and had the most finely honed dental skills to ensure the most painless experience children could ever have at a dentist.

Dr. Krauss, or Reb Shmuel Eliezer, excelled in the midah of Ahavas Yisroel and served as a paragon of this midah to all who knew him.  Typically, in order to ensure that children not be in a state of pain he would often open up his office at late hours at night.  He would personally call patients and or their parents after a procedure to make sure that everything was going well.

He was also an extraordinary baal chessed, a baal tzedakah, and never refused a patient either.

Dr. Krauss also volunteered for Hatzalah as a paramedic and was known as RL 76.

Dr. Krauss was the founding director of the pediatric dentistry residency program at St. Barnabas Hospital in the Bronx. He was also a clinical professor at Einstein and an attending faculty member at Jacobi and Montefiore Hospitals, where he taught pediatric dentistry, dental anesthesiology, and care of patients with special needs to advanced dental residents; as well as providing patient care at the Children’s Evaluation and Rehabilitation Center at Einstein.

He had published numerous articles and textbook chapters, and had lectures at national dental meetings cross the country.

Dr Krauss once remarked, “What I particularly love about my practice, the community is that I feel like I’m an integral part of the community. I’ve been here for 30 years. I volunteer as a paramedic in the community.

Dr. Krauss was not feeling well for a few days and called Hatzolah on Shabbos, but unfortunately, passed away on the way to the hospital.

Dr. Krauss graduated dental school at the University of Maryland in 1985 and completed a hospital general practice dentistry residency in 1986. He then completed a two-year pediatric dentistry residency followed by a yearlong fellowship in dental care of patients with special needs at the Albert Einstein College of Medicine and Montefiore Medical Center in Bronx, NY.

He later attended graduate school and received the Master of Public Health (MPH) and MBA degrees from the University of Massachusetts and completed a residency in dental public health at Jacobi Medical Center in collaboration with the New York State Department of Health. He also received a certificate in bioethics and medical humanities from Albert Einstein College of Medicine and Benjamin Cardozo School of Law of Yeshiva University.

Levata and shiva information to be announced.

Dr. Krauss zt”l was a living embodiment of Kiddush Shaim Shamayim to hundreds of thousands of people.