AMSTERDAM (JTA) — Shortly after her capture by the Nazis in 1944, Dutch resistance fighter Selma van de Perre was transferred from a regular prison to the worst concentration camp in the Netherlands.

Van de Perre arrived at the infamous Camp Vught about five months after its commander, Adam Grunewald, had killed 10 women by cramming them and 64 other inmates into an unventilated, 100-square-feet cell for 14 hours. Along with the rest of the country, she had heard about what is still known here as the “bunker atrocity.”

Yet van de Perre was “pretty content” to arrive at the camp, as the 97-year-old survivor recalled last week at a lecture at the National Holocaust Museum of the Netherlands. The museum, which opened in 2017, is part of a group of five Jewish institutions in the Dutch capital known as the Jewish Cultural Quarter.

Though van de Perre is Jewish, the resistance had given her a false identity. Passing for Aryan was the only thing that kept her from the gas chamber.

Van de Perre’s remarkable survival story is told in her first book, which is being published this month ahead of the 75th anniversary of Europe’s liberation from the Nazis. The book also aims to give belated acknowledgement to the largely ignored contributions to the resistance of Dutch Jews, who are widely seen has having been hapless victims of the Nazis rather than vital partners in the fight against them.

“In reality, countless Jews worked with non-Jews together in the resistance – much more than we knew during the war,” van de Perre writes in the book. “Often, it was assumed that Jews who escaped deportation immediately went into hiding but that wasn’t always the case. It wasn’t in the interest of Jews to be identified as such. This explains to a large degree why so few Jews had been recognized for their actions.”

Frail but quick-witted, van de Perre is one of just a handful of Dutch resistance fighters still alive. Though resistance leaders knew she was Jewish, her fellow fighters were never told. After the war, a climate of anti-Semitism also helped further marginalize the Jewish role.

That lack of knowledge was evident in June: A right-wing Dutch senator, Toine Beukering, caused a scandal when he said that he could not understand why “the Jews, such a courageous and combative people, were driven to the gas chambers just like meek little lambs.”

Beukering apologized following an outcry by Dutch Jews, but his view is a prevalent one, according to David Barnouw, a former researcher at the Dutch Institute for War, Holocaust and Genocide Studies.

Though there are no concrete numbers about the participation of Jews in organized resistance activities, “the actual number is higher than what was believed for decades after World War II,” Barnouw told the Jewish Telegraphic Agency.

In fact, one of the Netherlands’ best-known war heroes was Jewish: George Maduro, who was killed at the Dachau concentration camp after the Nazis caught him smuggling downed British pilots back home. In 1952, his parents built the miniature city of Madurodam, one of Holland’s must-see tourist attractions, in his memory. 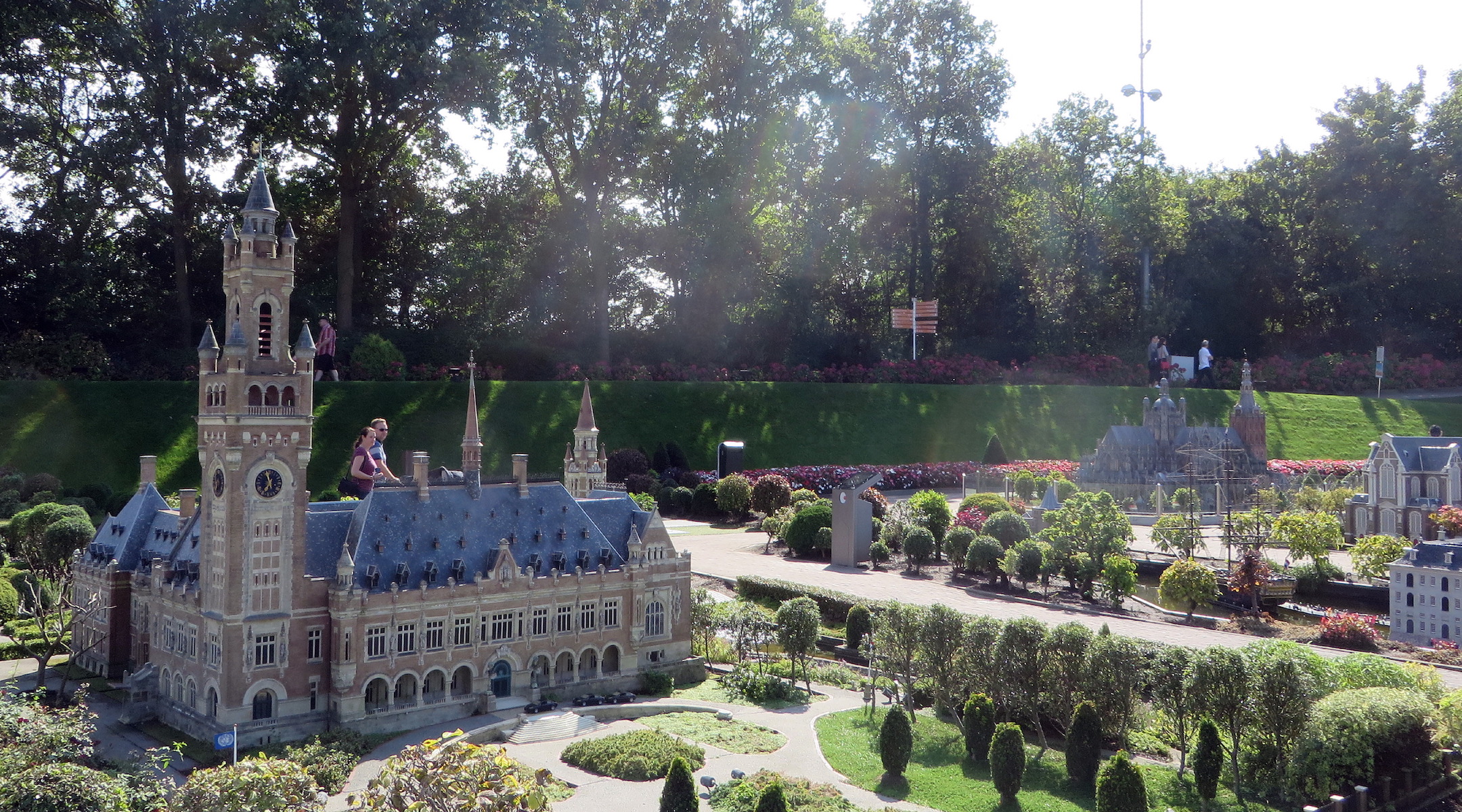 The Madurodam is a miniature park and tourist attraction in the Hague built by the parents of George Maduro, a Jewish war hero in the Netherlands who was killed in the Dachau concentration camp. (Paulo Amorim/VW Pics/Universal Images Group via Getty Images)

Last year, a novelist wrote a bestseller based on the previously unknown story of two Jewish sisters who operated a resistance safe house right under the nose of the Nazi occupation.

The debate about Jewish resistance in the Netherlands is of enduring significance because the country spawned one of Europe’s most formidable anti-Nazi networks. The Netherlands saw the first public act of mass insubordination over the fate of the Jews in the 1941 February Strike. It also has the world’s second-highest number of people recognized by Israel for having risked their lives to save Jews from the Holocaust.

But the Netherlands also had the highest death rate among Jews in Nazi-occupied Western Europe, a figure reached in no small part due to the collaboration of local “Jew hunters,” who were paid for each Jew they delivered to the Nazis. In her book, an English version of which is due to be published in September, van de Perre describes the fear of being recognized by one of them on the street.

Van de Perre joined the resistance at the age of 20. Posing as a nurse to avoid deportation, she arranged a safe house for herself, her mother and 15-year-old sister. Her father was sent to a concentration camp, where he was killed. But her mother and sister were safe for a while, allowing her to devote her attention to fighting the Germans.

Eventually her mother and sister also were deported and killed. Van de Perre was sent from Vught to the Ravensbruck camp in Germany, where she survived until the camp was liberated by the Soviets.

Prior to her arrest, van de Perre aided the Nazi fighters by traveling across the Netherlands to distribute resistance newspapers.

“It only vaguely occurred to me at the time, but a young girl traveling along with a large suitcase was actually a pretty conspicuous figure,” she said in her lecture. “I’m not sure how I made it. It was just a series of close escapes.”

Being in the resistance “maybe sounds scary and dangerous, and it is, but it also gets mundane,” she said.

Still, a few missions stood out.

On one occasion, van de Perre had to infiltrate the German headquarters in Paris to deliver an envelope to a resistance spy and return some correspondence he would give her. She was told it was vital to the rescue of captured fighters being held in France.

“I decided to flirt with the soldiers at the entrance, creating the impression I needed to deliver something to a relative, a brother perhaps, but at the same time enjoyed being the center of attention for a few young men,” she recalled.

After a few minutes, van de Perre felt the soldiers had gotten used to her presence, so she asked them to summon her contact. When he arrived, they exchanged the illegal correspondence — with the soldiers looking on. Van de Perre gave them a flirtatious wave and said she “got out of there as fast as I could without appearing to run.”

During another mission, she made out with a German officer and stole documents from him to help the resistance forge Nazi papers they could use to infiltrate bases where their fighters were being kept.

Van de Perre’s two older brothers survived the war in the United Kingdom, where she moved, too, starting a family and working as a journalist.

Asked to articulate a piece of advice for younger listeners, she said: “I’d like to recommend tolerance. But not necessarily in the political sense. Try to be tolerant of people around you. People in your life. Avoid fights. Fights become conflicts and conflicts become wars. Try to be nice. Love is all that matters in the end.”