The IDF said it had struck Hamas “military infrastructure,” including a base located near a school and other civilian facilities. There were no immediate reports of casualties.

The airstrike came several hours after the incendiary balloons were launched into Israel by Hamas-affiliated terrorists, breaking a three-week lull in Hamas’ cross-border arson campaign.

Prime Minister Naftali Bennett has compared the incendiary balloons to rockets, and has ordered retaliatory airstrikes in the past. 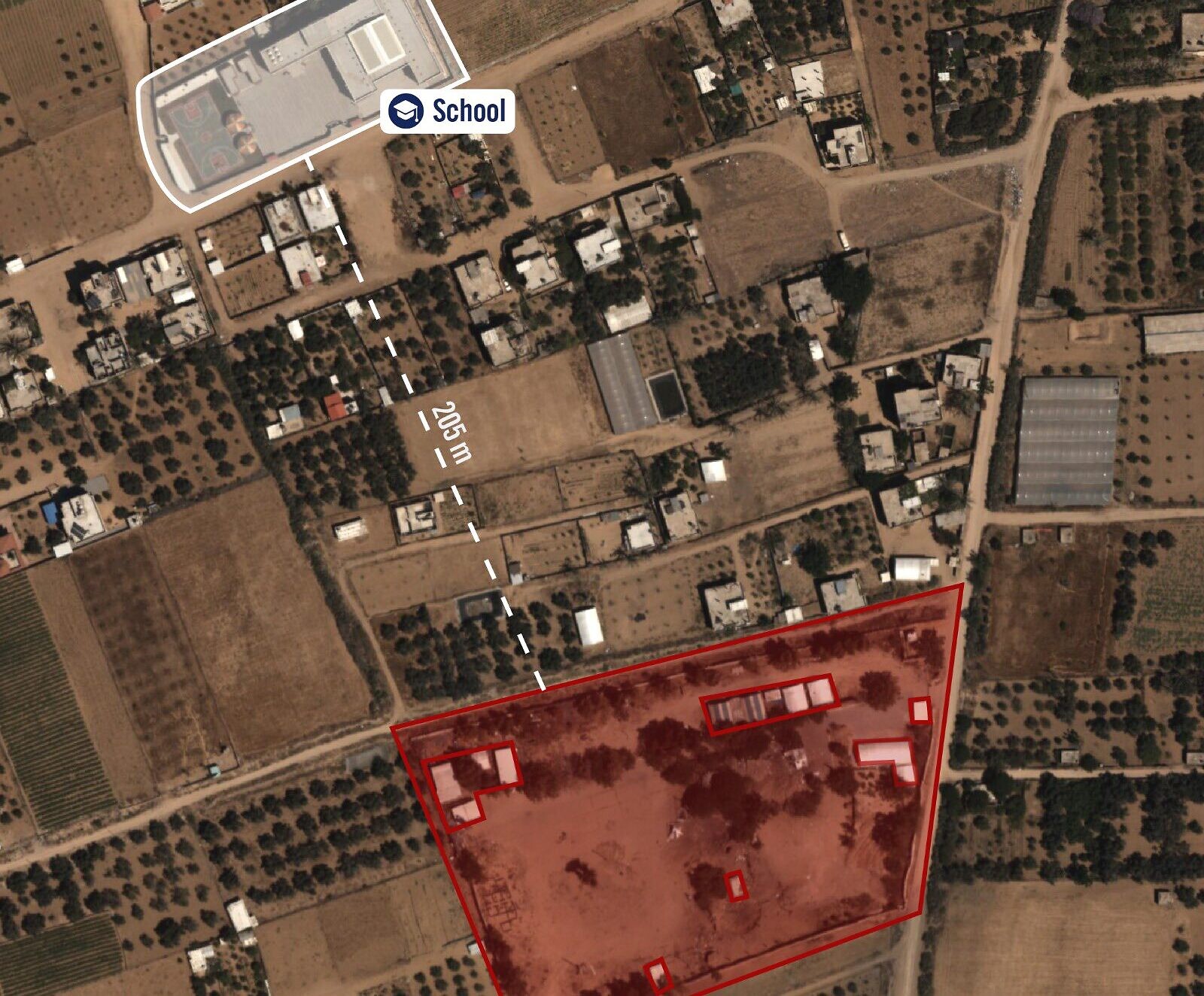 An aerial image of the Gaza Strip which according to the Israeli military shows a Hamas base in close proximity to a school. The image was uploaded to the IDF’s official Twitter feed on July 26, 2021. Source: Twitter.

The Coordinator for Government Activities in the Territories, the Israeli defense body that oversees Palestinian civilian affairs, announced on Sunday that Israel was cutting the Gaza  fishing zone half, from 12 to six nautical miles. Restricting the fishing zone is a common Israeli response to attacks emanating from Gaza.

Daniel Siryoti and Lilach Shoval contributed to this report.