(JTA) — Israelis who are concerned about a warming climate have a new tactic: using cut-out photos of the prominent teen climate activist Greta Thunberg to shame their colleagues for using plasticware.

In workplaces across Tel Aviv, people are placing pictures of Thunberg, 16, in their kitchen areas next to disposable forks, knives and plates, according to Haaretz reporter Allison Kaplan Sommer.

Global recognition of Thunberg grew in September when she addressed the United Nations Climate Action Summit and spoke of the dangers of the climate crisis. She sailed to the U.S. from her native Sweden instead of flying, to limit her carbon emissions.

One of the photos, showing a visibly angry Thunberg, reads “HOW DARE YOU” — a reference to her U.N. speech, which went viral.

A trend in Tel Aviv workplace cafeterias – photos of a judgemental Greta Thunberg next to disposable utensils. Here is #1: 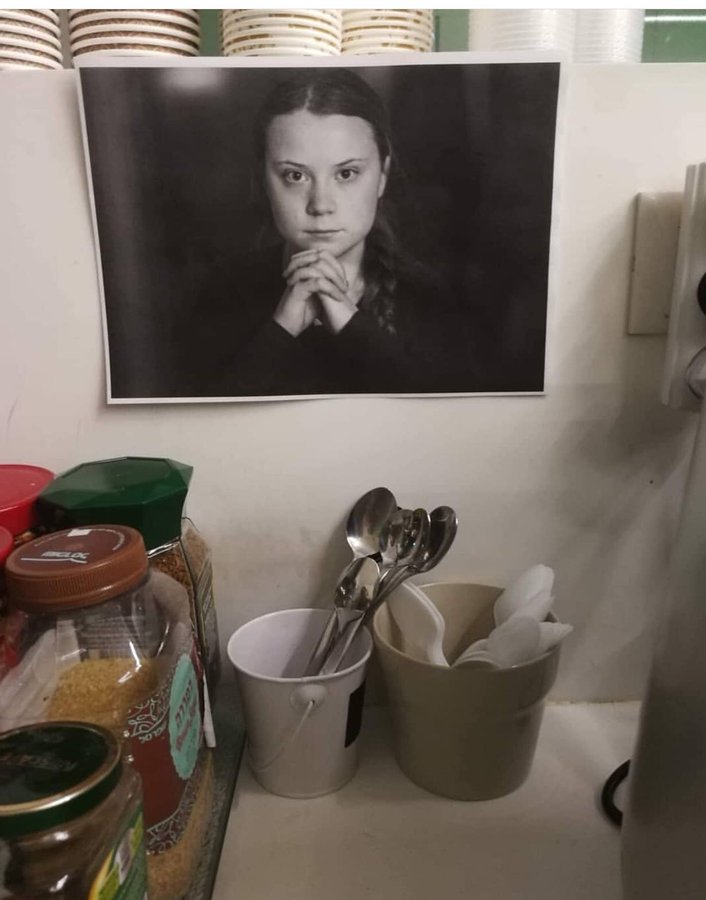 And in the AP office in Jerusalem, via @PattyNieberg 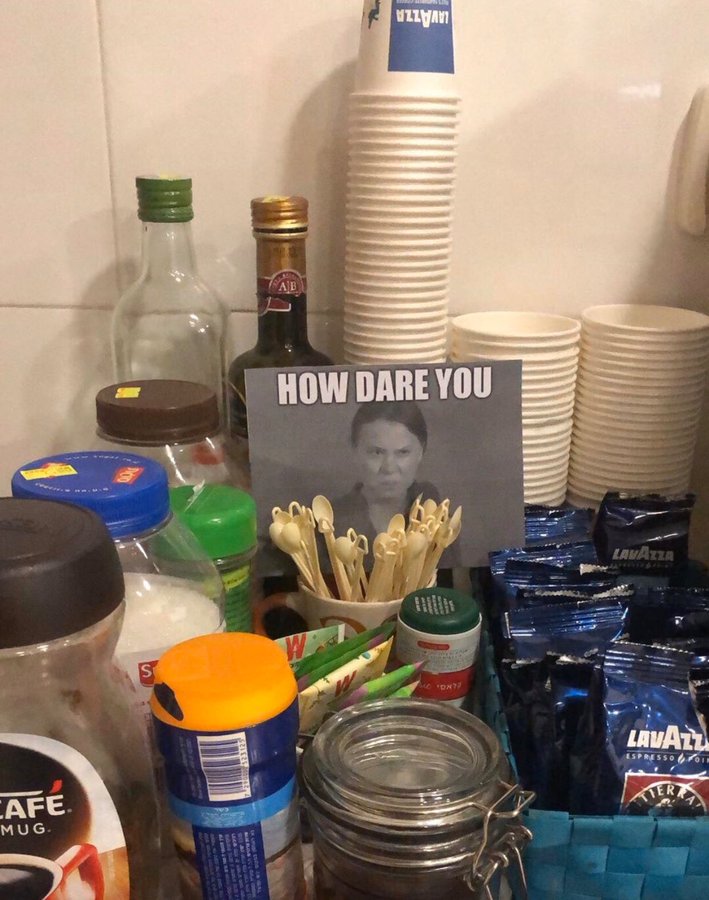 Here’s another one – at Wix headquarters in Tel Aviv, via @YatirKaaren 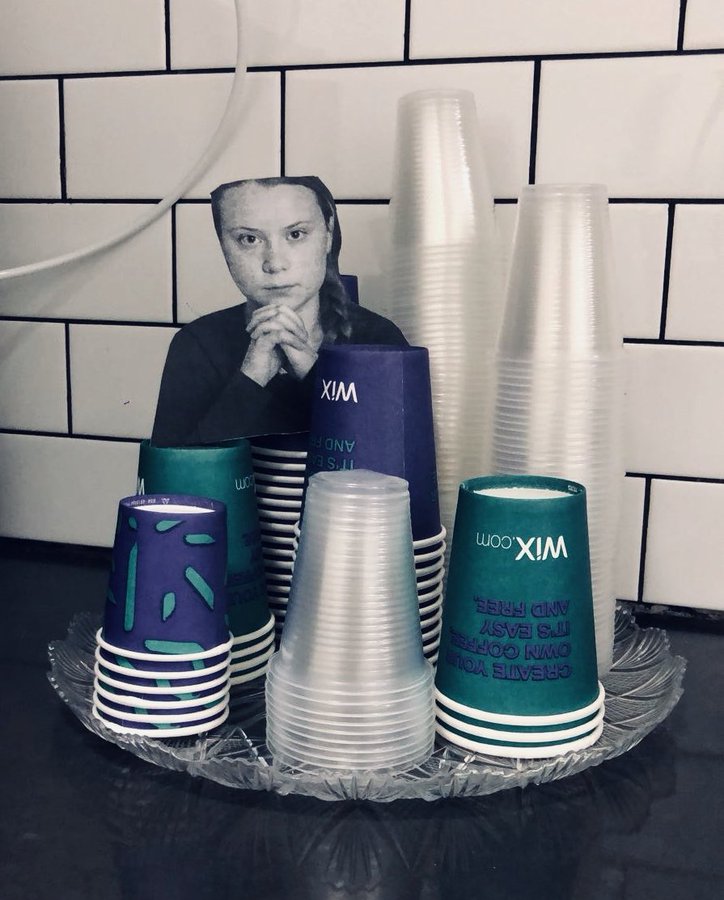