One of the most challenging aspects of living out west is the distance from our families. Chavie’s parents are shluchim in San Antonio, my father and his wife, Leah, split their time between Yerushalayim and New York, and our siblings are in Texas, New York, Florida, Michigan, Grand Cayman, and Montreal. One of Chavie’s sisters, Chana’le, her husband, Shneur, and their three children are shluchim in Kalispell (that’s near Glacier National Park in Montana), but that is still a six-hour drive from Bozeman.

Though I FaceTime with my dad each morning to play catchup on life, there is nothing like some in-person time. When I realized that he’d be in New York for a couple of weeks during October and November, I booked him a ticket to come to Bozeman for Shabbos Parashas Vayeira. Our community adores him and his fun personality, Chavie and I love him dearly and enjoy his minute-by-minute commentary on life, and the kids think he’s a rock star, an entertaining rock star at that, who will climb rocks with them and show them how many push-ups he can do.

My father is a Sabra, born and bred in Israel. He’s Israeli through and through, with lots of Russian blood, allowing him to speak his truth all the time, no sugarcoating included. For 12 long years, my father was my mother’s personal nurse as she battled cancer, caring for her 24/7—no kvetching or self-pity, just total devotion with heart and soul to his wife of 33 years. He spent more nights on a chair at Lenox Hill Hospital than anyone should ever have to. So, despite his roughness around the edges, his heart is pure gold.

In this week’s Torah portion, Chayei Sarah, we read about Sarah’s passing and Avraham caring for and guiding, their son, Yitzchak, for whom they yearned so much. To appreciate the details of the Avraham–Yitzchak relationship, we need to read lots of Midrash, but the overall story, garnered from the Written and Oral Torah, reflects a father who stepped in to fill the space of his wife, serving as mother and father of Yitzchak. After Yitzchak marries Rivka, he is finally comforted; he finally has a woman in his life who brought back all the spiritual femininity missing in his life, the special touch that dissipated with Sarah’s passing, all the holiness that Jewish women represent. Rebecca blessed his home with the incredible vitality of bnos Yisrael, but throughout it all, until Avraham passed away, he was Yitzchak’s rock.

Every child deserves a father who not only serves as the breadwinner of the home or provider of an allowance, but who can role model a meaningful, structured, and spiritual life while knocking his kids into shape when needed. A dad shouldn’t have to walk on eggshells around his children or grandchildren, it would be pointless in his role; he should be able to express his fatherly love while simultaneously setting his children straight. Yitzchak was able to grow as a patriarch of the Jewish people, as husband to Rivka, as father of his twins, Yaakov and Eisav, because he was birthed and raised by two amazing parents, Avraham and Sarah, and by a father who stepped up to the plate to be his everything after his mom passed away.

Frederick Douglass once said, “It is easier to build strong children than to repair broken men.” He was right. The Torah teaches us about the mitzvah of chinuch, educating our children and students, knowing the personality and uniqueness of our children and giving them our all while they are young and being a shoulder for them to lean on when they are older. My father was always my guide, but he wasn’t a mushy, emotionally connected father. I’d speak to him before each Shabbos, while I spoke to my mom every morning, as she was emotionally on target with my siblings and me. Then my mother passed away, and after shivah it was a no-brainer to me that my morning call would now be to my father.

So, after getting back to Montana from shivah in New York, I called my dad, though it wasn’t a Friday. He said, “Is everything OK? What do you need?” When I said that I didn’t need anything, he said, “So why are you calling?”

Of course, he was half-joking, but not totally.

He wasn’t used to being that shoulder, because we had leaned on Mamma for so long.

Yet, over the past 11 years, my siblings and I have leaned on him continuously and he’s been our rock. His guidance about life, from A to Z, is invaluable, and our FaceTime calls are a breath of fresh, politically incorrect air. We can be frank about everything, share our deepest fears and excitements, and it’s truly refreshing. Every child needs a father like that; Yitzchak had Avraham and I have my dad. Yitzchak had an incredible relationship with his son Eisav despite his many flaws. This attitude was modeled to him by his father, as Avraham had dealt with Yitzchak’s half-brother Yishmael, and so Yitzchak was able to replicate it.

We won’t know everything about the private conversations that took place between Avraham and Yitzchak, especially after Sarah passed away, but we do know that Avraham prided himself in being Yitzchak’s dad, and Yitzchak boasted being Avraham’s son. It wasn’t arrogance—it was the simple knowledge that they were blessed to have each other and could survive through thick and thin as a result. I, too, thank Hashem every day for giving me an amazing mother for 29 years and for giving me a father who was a father for 29 years and a father and mother for the past 11 years.

I know that many people, for a variety of reasons, weren’t raised by their dad. They have an inner strength and fortitude of which I am envious; yet, as Sigmund Freud said, “I cannot think of any need in childhood as strong as the need for a father’s protection.” I am so glad that I have it, and I hope to have it biz hundert un tzvantzig 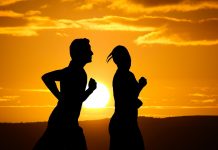