(JTA) — A Muslim woman wearing a hijab confronted a man on an Underground train in London who was verbally attacking a man and his sons, who were wearing kippahs.

The man, in a tirade caught on video, told the family during the Friday ride that they are members of “the Church of Satan,” and said that Jews were behind the slave trade and the 9-11 attacks.

The Jewish father remained calm and ignored the man, though at least one of his young sons looked uncomfortable.

He later told the Campaign Against Anti-Semitism that the video clip of the man’s verbal abuse is only a short part of a 20-minute tirade. He said he wanted to meet the Muslim woman, identified as Asma Shuweikh, in person so that he can thank her.

“We are certain that without her intervention and distraction, he would have continued his abuse which could have escalated to physical violence. I would like to meet Asma in person to thank her,” the statement said.

A second person, a man in a baseball cap, also attempted to intervene, but was threatened by the man spewing hatred.

The unidentified man was arrested on Saturday and charged with an alleged racially aggravated public order offense, the Mirror reported.

Around noon I witnessed appalling anti Semitic abuse towards this Jewish Family on the northern line. Fair play to other passengers who stood up to him. If you recognise the guy please report to ⁦@metpoliceuk⁩ 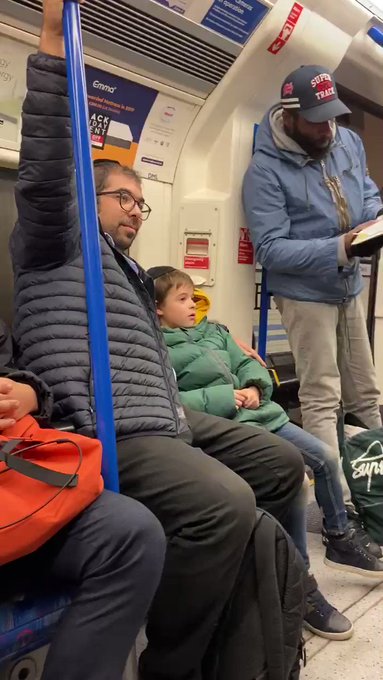