Editor’s note: The Marion & Aaron Gural’s new social services hub in Cedarhurst includes the Rina Shkolnik Kosher Food Pantry: a supermarket style pantry offering perishable and non-perishable food, cleaning supplies and personal care items. If you are in need of food, support or guidance contact us at 516-234-6020. Please call to schedule donations of food or clothing.

In early April, a Jewish couple in Pittsburgh did something they never thought they’d ever have to do: They contacted their local kosher food pantry to ask for help.

Both had recently lost their jobs as a result of the coronavirus pandemic and were struggling to pay their bills. They were uncomfortable asking for food assistance and asked that their names not be used for privacy reasons. Staff at the Jewish Family and Community Services’ Squirrel Hill Kosher Food Pantry reassured the couple, provided them with food and referred them to the agency’s career center.

With millions of Americans newly jobless or working reduced hours as a result of the pandemic, many, including Jews, are struggling to meet their most basic needs. Some already were living on the cusp of crisis before the pandemic and are now facing a full-blown financial emergency. Others are having trouble making ends meet for the first time.

Needs are rising nationwide. Before the pandemic, the Jewish Federation of Southern New Jersey distributed groceries to about 200 households per month through its food pantries. Now it’s up to 300 per month, according to Ronit Boyd, the federation’s chief impact and innovation officer.

In New York, the Metropolitan Council on Jewish Poverty increased its Passover food aid by 40% this year, serving thousands more clients compared to the holiday in 2019.

Meanwhile, the pandemic and accompanying social distancing requirements are presenting new logistical challenges to delivering food aid, suspending certain kinds of in-person aid programs and limiting the ability of those in high-risk age groups to venture outside to receive food assistance.

In Philadelphia, about 50 Jewish adults with disabilities who normally received some of their meals at day programs and job placements that had shut down during the pandemic needed a new way to get food. So the Jewish Federation of Greater Philadelphia helped one of its partner agencies send meals to their homes — amounting to about 500 extra meals per week, according to Laura Frank, the federation’s director of public relations.

“We’re proud that we have the logistics to respond to the spike in demand,” she said. 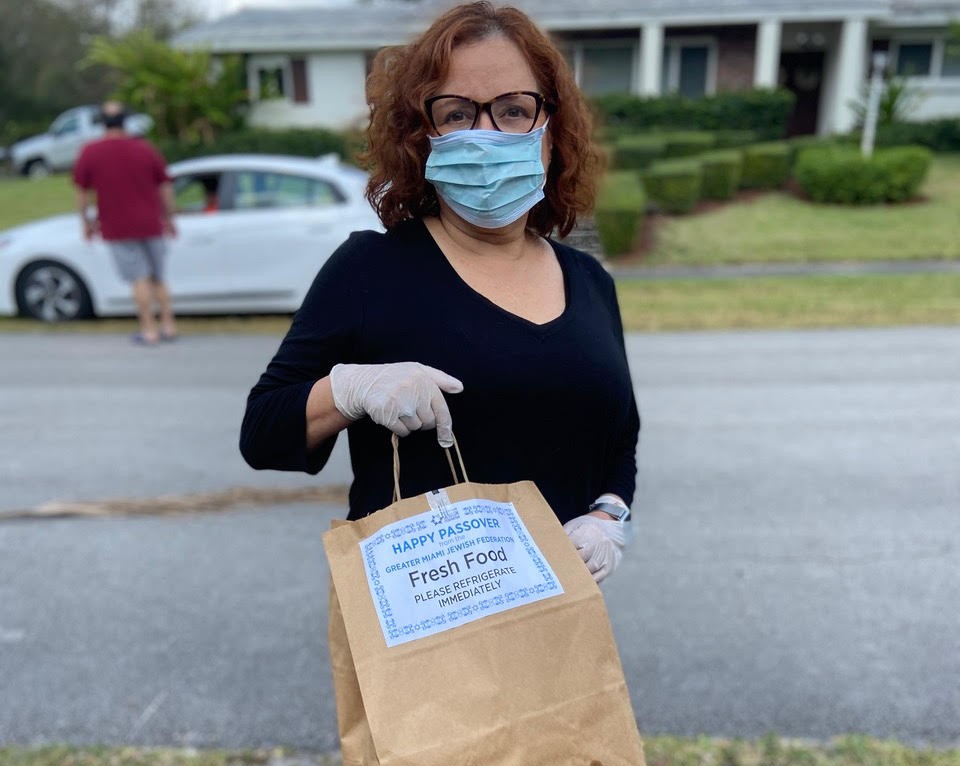 In New York, a digital food pantry system put in place two years ago by UJA-Federation of New York features in-person pantry shopping, but also enables clients to select grocery items online and then either pick them up by car or, in the case of less mobile clients, have them delivered. Those without internet access or who don’t feel comfortable ordering online can speak to pantry staff by phone.

The federation has seen a “huge uptick” in requests for food assistance, according to Managing Director Alexandra Roth-Kahn. Since the pandemic began, the federation has allocated over $2 million in relief funds for food needs alone, she said.

Before the outbreak hit, Southern New Jersey didn’t have a digital food pantry system in place, but it quickly got one up and running. Called Shop and Drop, the online and phone-based grocery service includes no-contact delivery. In its first month or so, over 170 deliveries were made to 140 clients.

To address the problem of food insecurity, it’s important to think of food as just one part of a basket of needs that includes rent, utilities and car maintenance, said Hertzman of the Pittsburgh federation. That’s why federations are also funneling more money into programs that distribute emergency funds, such as SOS Pittsburgh, which provides small cash grants on short notice.

“That can make the difference between having enough to eat and being out on the street,” Hertzman said.

The Hebrew Free Loan Association of Pittsburgh, a federation beneficiary, has seen a sharp increase in applications for zero-interest loans. Before the outbreak, the program received an average of about 25 applications every three weeks. During the first three weeks of March, that number surged to about 273, Hertzman said.

One way the Pittsburgh federation has adapted is by reallocating resources from programs that have been suspended due to the pandemic. The federation has already put $775,000 toward COVID-19 relief efforts, Hertzman said, and more is on the way. 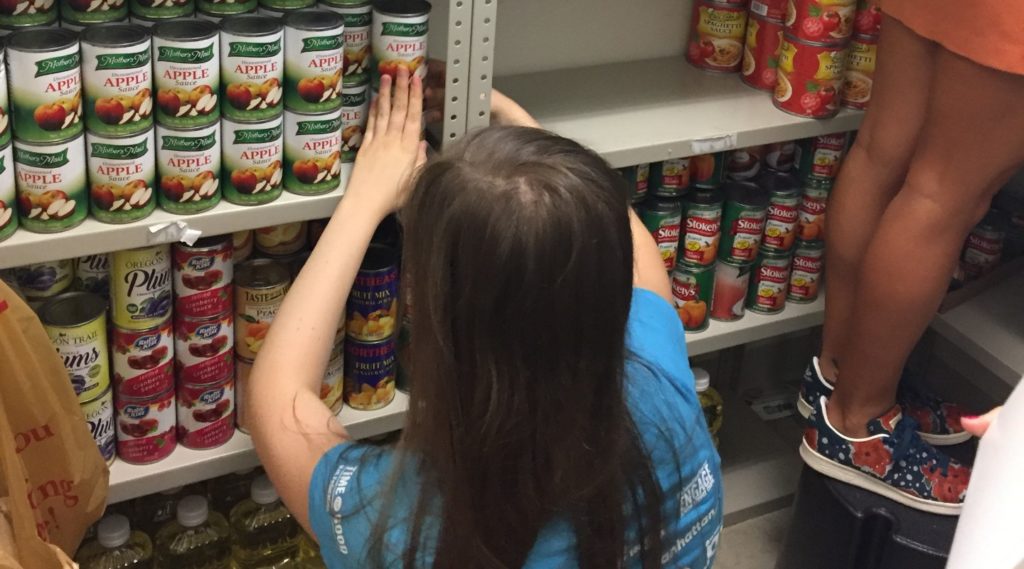 This food pantry is run by the Met Council on Jewish Poverty in New York. (Courtesy of Met Council)

When directors at the Jewish Community Council of the Rockaway Peninsula, outside New York City, heard in mid-March that staples like eggs, meat and diapers were becoming scarce in supermarkets, they made efforts to collect more of those items in their food pantry, said Executive Director Moshe Bransdorfer.

“Community members couldn’t stock up,” he said, “so we stocked up for them.”

One bright spot among the bleak news is that as needs in Jewish communities have surged, so has interest in helping.

“We’ve been floored by the number of volunteer requests,” Frank said of the Philadelphia community.

For safety reasons, volunteers who deliver food aid to community members must be under 60 years old, in good health and not been exposed to the coronavirus. Even small financial contributions can make a big impact on the food insecure, Frank said: A donation of $18 covers four kosher meals.

In South Jersey, Boyd reports that donations of food items and cash have been pouring in.

“The challenge,” she said, “is letting people know we’re here to help them.”