NEW YORK (JTA) — On our first date nearly nine years ago, my (now) husband resolved to improve Hasidic education. He had grown up in the Belz Hasidic community in Brooklyn, attending Belz schools from nursery through post-high school. But in all those years, he never learned science, geography, history, how to write an essay or how to calculate a tip. Instead, he and his peers devoted as many as 14 hours a day to the study of ancient Hebrew and Aramaic religious texts.

Despite his ambition and vision, he felt handicapped by his inadequate education, which is why I took on a serious role in helping him start Yaffed, an organization that advocates to improve Hasidic education. I have since met dozens more individuals who, like my husband, continue to suffer from their deficient education and want to see change.

Eight years after we started Yaffed, in response to the organization’s efforts, New York State’s Education Department proposed regulations that would ensure Hasidic yeshivas provide a decent secular education to their students.

In the next two weeks, the New York City Department of Education is expected to release an updated report on the state of secular education in city yeshivas.

Between now and April, the New York State Education Department will be deciding on whether or not to enforce the proposed regulations of private schools, and the enforcement would begin soon thereafter.

The regulations outline a mechanism by which education officials can uphold the state’s century-old education law in private schools. The regulations articulate the local school districts’ role in reviewing all private schools — once within the next three years and regularly thereafter to assess whether they are complying with education law — and delineate the required subjects and hours of instruction, as well as protocols for schools that are not in compliance.

But two Orthodox lobbying groups, Agudath Israel and Parents for Educational and Religious Liberty in Schools, led a massive campaign this summer in protest. Their campaign rallied over 140,000 individuals to write letters to the state Education Department — nearly 90 percent of them coming from the Orthodox community. They claimed that yeshiva education is responsible for producing successful individuals like themselves and yeshivas offer a kind of moral education that cannot be measured by the state. Thus, they argued, the Education Department should not regulate any private schools, but instead should defer to leaders and professionals like themselves within the Orthodox community to self-regulate.

Their assertions, however, are highly misleading and fly in the face of established data.

Reports clearly demonstrate that Hasidic communities have some of the highest rates of poverty and dependence on government assistance in the state and in the country. Though this should seem intuitive, defenders of yeshiva education are claiming the opposite to be the case. Dr. Moshe Krakowski, director of the master’s program of Jewish education at the Azrieli School of Yeshiva University, has gone so far as to claim that the religious studies taking place in Hasidic schools might better prepare students for future success than a secular curriculum — a claim that finds no support in the data.

A letter to the New York State Education Department signed by 230 Orthodox mental health professionals claims that their own professional achievements are sufficient to “refute misguided claims that yeshivas provide inadequate academic preparation for professional success.” A letter signed by nearly 600 educators argues that “the trope of yeshivas’ education inferiority … is belied by our own academic and professional achievement.” And a letter signed by a handful of Harvard Law School graduates allegedly claims that their yeshiva education positioned them for academic success before asserting that the state Education Department should refrain from regulating private schools.

But it is a classic bait and switch: These signatories fail to mention that most of them attended non-Hasidic yeshivas or girls’ schools, both of which typically provide a copious secular education in addition to a religious studies curriculum.

In non-Hasidic yeshivas, students typically receive an education that includes required subjects such as English, math, history and science for three to five hours each day — in contrast to Hasidic boys’ schools, some offering no secular instruction an all, and others offering a mere hour and a half of instruction in some cases by teachers who are themselves disfluent in the English language.

Another letter to the state Education Department signed by more than 200 rabbis claims that yeshiva education produces “prominent leaders in almost every field” and provides students with “a moral framework for life.” But this “moral framework” argument is a red herring. Plenty of ultra-Orthodox schools manage to teach secular studies in compliance with state requirements without compromising on “moral” or religious instruction.

Many non-Hasidic yeshivas provide a model that Hasidic schools would do well to follow, prioritizing religious studies while still offering a sound secular education — precisely what the state’s regulations are aiming to ensure.

But without regulations, we have begun to see the opposite trend. Lately, some non-Hasidic yeshivas have been regressing, cutting corners on secular education and coming closer to a Hasidic education model. Without intervention, we will likely see more schools following the Hasidic model and, as a result, poorer economic outcomes in the future among other Orthodox sectors.

It is unconscionable that Orthodox professionals who attended non-Hasidic yeshivas would leverage narratives of their own success to deny Hasidic boys the very educational opportunities that allowed them to thrive. By deliberately obfuscating the issue, Orthodox leaders and professionals demonstrate that they cannot be relied upon to ensure Hasidic children receive a proper education. It is imperative that the New York State Education Department intervene and ensure Hasidic children receive a basic education. 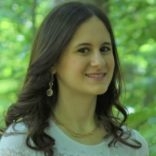 Miriam Moster is a doctoral candidate in Sociology at The Graduate Center (CUNY), a Wexner Graduate Fellow and a Mellon Humanities Public Fellow. Her husband, Naftuli Moster, is the executive director of Yaffed.