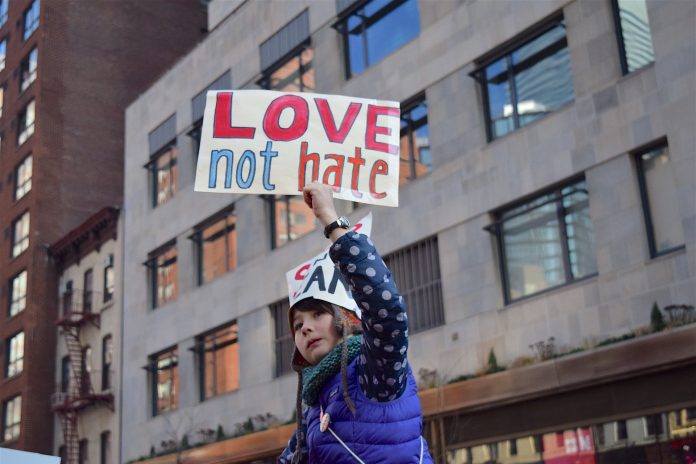 Moshe, our greatest leader, would scale the heavens and split the seas. A young stutterer evolved into one of the greatest orators of history. Deprived of food and drink for forty days, he conveyed the word of a Heavenly G-d to a human audience waiting on a mountain below. Yet, Moshe wasn’t chosen for his scholarship, remarkable faith, or unusual courage. He was selected because of his compassion for human suffering and his moral indignation at the sight of injustice.

Three consecutive episodes from his early career outline Moshe’s unusual moral conviction. In the first scene, he walks away from the posh and padded comforts of his Egyptian palace to commiserate with Jewish slaves subjugated by Egyptian persecution. He could have easily ignored this ugliness and insulated himself within his palace, but a compassionate man does not hide from human suffering.

During his compassionate outing he witnesses a Jew being whipped by an Egyptian; realizing that no one will assist the victim, Moshe daringly executes the Egyptian. Witnessing human suffering, Moshe commits a capital offense that endangered both his life and his future career.

The next day he accidentally stumbles upon a squabble between two Jews, which quickly degenerates into a brawl. On this day he was just casually strolling through Egypt without any moral agenda or without any specific plan to study the suffering of his brothers. He could have looked the other way, not to be disturbed by this nuisance. Furthermore, as a fugitive, his best plan was to keep a low profile. It was not advisable to intervene in a petty squabble between two spiteful Jews.

Yet, once again, he cannot stand by idly while two Jews descend into self-destructive hatred and violence. Years of slavery-induced frustration were now being vented between these two quarreling Jewish slaves. Such is the nature of abuse: victims always victimize weaker victims, perpetuating cycles of hatred and violence, which wrecks the social fabric. Moshe cannot tolerate this self-sabotaging behavior and attempts to defuse the conflict. Sadly, his efforts are met with sarcasm and disdain and, realizing that his murder of an Egyptian official is public knowledge, Moshe quickly bolts for the safe havens of Midyan.

Arriving in this asylum, Moshe visits the local watering well where he observes women being denied water privileges by the stronger and more aggressive male shepherds. Once again, the wiser option is to quietly disappear into the woodwork, thereby avoiding any further confrontation or unwanted publicity. Once again, Moshe simply cannot refrain from a moral response and, despite personal danger, he rescues the harassed women from the local bullies.

The common thread of all these stories is Moshe’s compassion for the underdog and his moral indignation toward injustice. Whether facing the brutality of slavery, the futility of self-inflicted strife, or the victimization of weaker members of society, Moshe will not back down and will not tolerate discrimination or exploitation.

Judaism doesn’t differentiate between faith and charity, and it doesn’t separate religious faith from good “works.” We study Hashem’s word, speak with Him in prayer, and partner with him in history. Additionally, we trace His moral energy in our world and fashion our own personalities in His moral spirit. Through simple acts of kindness, we discover Hashem and learn more about Him. Even before Moshe gapes at the mystery of the burning bush, he encounters Hashem through intrepid acts of moral courage. Before his eyes gaze upon a blazing bush, his heart must burn with moral compassion. He discovers Hashem in charity and kindness before he ascends the mountain to encounter Him and receive His word.

Acts of kindness are not just the catalyst for Moshe’s discovery of Hashem. These noble traits will, one day, form the cornerstone of the model society Moshe will construct.

In the days leading up to the delivery of the divine Torah at Sinai, Moshe assembled a rudimentary judicial system to enforce law and to protect the weak. Remarkably, in only seven weeks, he transformed a band of lawless slaves into a civil and law-abiding society. Without the framework of a judicial system in place, we would be incapable of receiving the word of Hashem.

The avot who founded our religion behaved with kindness and generosity and forged a people of compassion. Moshe, however, is the first Biblical figure who specifically defends the weak and the vulnerable from aggression and discrimination. He possesses a special eye for human vulnerability, and for this reason he was chosen as the architect of our nation and of our society.

For thousands of years, we were disinherited of this crucial feature of Jewish identity. Strewn across foreign lands, often facing persecution and discrimination, we had little ability and, for that matter, little interest, in sculpting a more caring and gentle society. Doing our best just to survive unspeakable horrors and atrocities, the thought of shaping broader society with our “spirit of caring” was an absurd proposition.

Over the past 250 years everything changed, as the Emancipation movement invited Jews back into society, offering them full membership as equal citizens. Though we received equal opportunity to shape policy, remarkably, we exerted disproportionate influence upon the modern evolution toward social equality and justice.

In the 19th and 20th centuries, Jews piloted the development of communism, which promised a classless society enjoying universal economic equality. In capitalist countries, Jews established labor movements to protect factory workers against the dangers of rapid industrialization and the unfair distribution of wealth. Each of these movements reflected our ancient national commitment to equality and social justice. For the first time in thousands of years we were empowered to inspirit society with these noble values, and we did not flinch.

Additionally, in 20th-century America, Jewish social activism spearheaded the battle against discrimination of racial minorities and of the oppressed. In the wake of the Holocaust, witnessing the horrors of unchecked racism, our battle against discrimination intensified. In the 20th century, tikkun ha’olam became the Jewish anthem of social justice.

The emancipation of Jews equipped our people with social influence and empowered us to participate in the construction of modern society. However, emancipation, by welcoming us back into gentile society, also rapidly accelerated secularization and led to a widespread breakdown of classic halachic observance. Millions of Jews abandoned classic religious experience, often replacing commitment to commandments with commitment to social activism.

Orthodox Jews recoiled at the replacement of commandments and ritual with a substitute agenda of social justice. The perception that other Jews had formed a ritually hollowed out religion centered upon tikkun ha’olam created negative associations both with the phrase and with the general value of social activism. The term “tikkun ha’olam” did not feel holy or pious, and Orthodox Jews often ignored the value of social reformation.

Orthodox Jews must take care not to overact. Recognizing that we inhabit many worlds, we cannot build religious identity exclusively on the social activism and the repair of this world. Torah study and religious commandments are eternal elements of the many worlds we inhabit. Just the same, our national heritage is to care deeply about creating a caring society that protects weaker members who cannot fully defend their own interests.

In Israel, political polarization has created a similar Orthodox inattention toward social justice agendas. Disinterested in traditional religion and opposed to the politics of settling Greater Israel, secular Israelis enthusiastically adopted social equality and justice at the heart of their platforms. Almost reflexively, and in reaction to the secular focus upon social activism, religious Jews dropped this agenda, focusing instead on settling the land and infusing Israeli society with a religious flavor.

Sometimes, in our overreaction we forget how deeply ingrained social activism is within our national identity. Caring about the weak appears at the top of Moshe’s résumé, and it should be an important part of ours as well.