The biggest biking event in the history of the Jewish state is about to arrive, placing Israel in the center of the sporting map. The Giro d’Italia is second only to the Tour de France as professional cycling’s most important race.

This week, for the first time in the race’s history, the event will begin outside of Europe, with three days of racing in Israel starting on May 4 in Jerusalem.

The driving force behind bringing the race to Israel is Canadian-Israeli philanthropist Sylvan Adams, a passionate biker and the honorary president of Giro d’Italia’s “Big Start” in Israel.

According to Adams, it will be “the largest and most significant sporting event ever held in Israel.”

Last year, the race was broadcasted on television to 840 million people worldwide. This year, viewership is expected to be 1 billion during the three days and 16 hours of television coverage. Tens of thousands of tourists are expected to see it in real time. And some 25,000 people will be on hand to make the race go smoothly, making it the largest event ever held in Israel, both in terms of people watching and working. Tens of thousands of tourists are expected.

In the first stage of the race, helicopters will fly over famous sites such as the Western Wall, the Dome of the Rock and the Israel Museum, all in Jerusalem. In the second stage of the race, cyclists will ride in Haifa, Mount Carmel, Akko, Nazareth and Caesarea. They will proceed to Netanya, Tel Aviv and Jaffa, finishing by the beach. In the third stage, the cyclists will ride around Beersheva and by the Mitzpeh Ramon Crater, enjoying the Negev landscape, all the way to Eilat. The race will then move on to Italy.

“It will be dramatic in terms of the scenery,” said Adams, who maintained that the Gyro will benefit from Israel’s scenic roads and sound weather, historical sites, restaurants and a wonderful cycling culture. “For the company that owns the Gyro, RCS, this is also a way for them to expand their brand, as Israel generates a lot of news.”

For Israel, Adams maintained that the race represents “an antidote to BDS.”

He firmly believes that through cycling and sports in general, Israel has the opportunity to “showcase everything positive about the country to the world, showing the beauty of our country and exposing an accurate view of Israel that people don’t always read about in local newspapers.”

The almost 60-year-old immigrated to Israel last year from Montreal, where he made his living in real estate.

Continued Adams: “It is priceless to show viewers something different in non-polemical way—let people come and see our open and pluralistic society. Let them see that we have 21 percent Arabs in our country—many who join the army and work in the Knesset, who work as judges in the Supreme Court, as doctors, lawyers, as policeman, incorporated into every part of society.”

Two teams from Arab countries will be participating in the race: from Bahrain and the United Arab Emirates. “BDS activists said they shouldn’t come, and the athletes ignored them because they had two options: to participate in the Giro, the second-biggest completion in the world, or not,” stated Adams.

In all, some 22 teams from nearly 20 countries participate in the race, which comprises three weeks, or 21 days, of biking roughly 2,200 miles (about 3,500 kilometers). 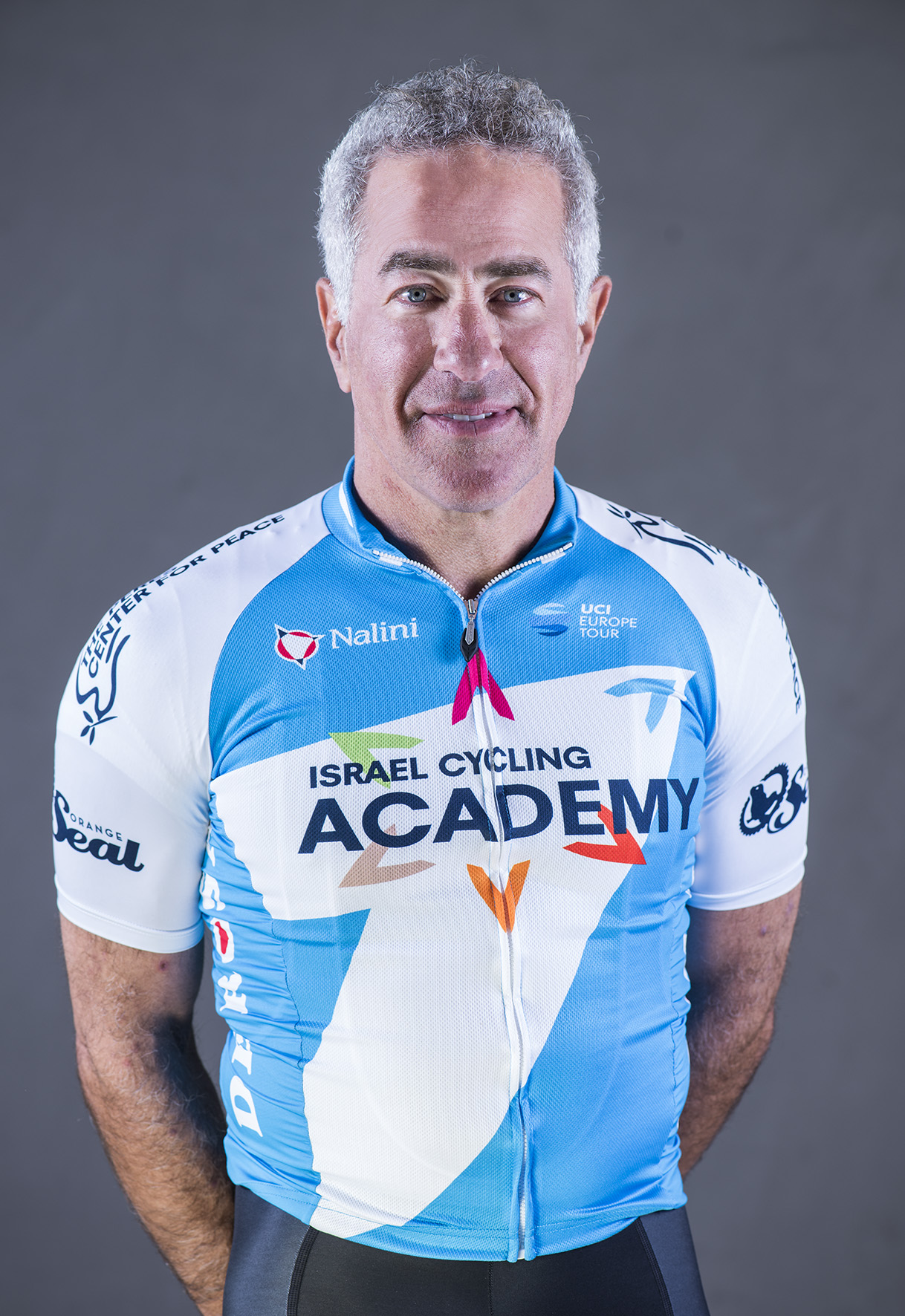 For non-Jews around the world, the event “will show that Israel is open, free, democratic and safe, and move the needle when it comes to tourism by inviting a billion viewers to Israel,” he said.

Adams also voiced his hope that “the Jewish people will proud that Israel is hosting this event on its 70th anniversary. We must take great pride in the homeland of the Jewish people and its achievements. It belongs to all Jewish people, not just Israelis, but all of us.”

Outside of promoting Israel to non-Jews and Jew alike, another goal is to expand the already-strong cycling culture in Israel. Adams is the driving force behind Israel’s only professional cycling team—the Israel Cycling Academy, which is competing at the Giro—as well as the man behind the building of the Middle East’s first-ever velodrome, due to be completed this year in Tel Aviv.

“All around the country, there are hundreds of cyclists riding together and a growing number of cycling clubs,” he related. “Israel can reach the highest of the sport and race internationally. By bringing the absolute best athletes in the world, who will ride right in front of peoples’ homes, I’m hopeful that Israeli kids and their parents will be inspired by the event, buy a bike and join our fast-growing sport.”