Can a kal v’chomer counter a verse’s categorical implication?

We discussed this topic on 16b–17a in this week’s daf. The discussion began with an assertion made by Rava regarding the halachah of an onein, someone whose close relative died. (Biblically, the onein status lasts for the day of the death.) On 16a, the Gemara expounded the verse in parashas Emor that states that should the kohen gadol become an onein, his continued service in the Beis HaMikdash would not be profane (in fact, he’s obligated to continue serving). This implies that if an ordinary kohen served while he was an onein, his avodah would be invalid.

On 16b, Rava claims that this law is limited to the offering of an individual. However, in the case of a communal offering, even if an ordinary kohen brought it as an onein, the korban would be valid. On what basis? Rava makes a kal v’chomer (fortiori) argument: An individual sacrifice brought by a tamei (ritually impure) person — even the kohen gadol — is not accepted, and yet if it is a communal sacrifice it is accepted, even if the tamei person is an ordinary kohen. If so, the sacrifice of an onein, where even an individual sacrifice is accepted (if the onein is the kohen gadol), certainly should also enjoy the dispensation that exists by tamei, and the communal sacrifice of an onein/ordinary kohen should be accepted!

(1) An individual sacrifice brought by a tamei person is invalid — even if the one bringing the sacrifice is the kohen gadol.

(2) A communal sacrifice brought by a tamei person is valid — even if the one bringing the sacrifice is an ordinary kohen.

(3) The sacrifice of an onein/kohen gadol is valid — even if it is an individual sacrifice.

Rava bar Ahilai points out that if we follow Rava’s pattern of thinking, several other kal v’chomers present themselves, which would bring us to conclusions that in some cases conflict with an opposing kal v’chomer, and in all cases are known to be untrue. For example, according to Rava, we should also make the following kal v’chomer: a communal sacrifice brought by a tamei person — even if he’s only an ordinary Kohen — is accepted, and yet an individual sacrifice brought by a tamei person — even by the kohen gadol—is not accepted. Certainly then, a korban brought by an onein, which (if brought by an ordinary kohen) isn’t even accepted when it’s a communal sacrifice, should also possess the stringency of tamei; hence, an onein/kohen gadol’s individual sacrifice should not be accepted (something we know is not true).

Rava bar Ahilai continues to make other kal v’chomers that follow Rava’s logical structure but which cannot be true. Thus, Rava bar Ahilai concludes, apparently kal v’chomers are simply unwarranted in this particularly context. Instead, the Torah presumably wants us to leave all of these verses as they stand in accordance with their simple interpretations — that they apply in all circumstances — including the verse about an ordinary kohen/onein, which means that the avodah of an ordinary kohen/onein will invalidate even a communal sacrifice, in opposition to Rava’s claim.

There is a mitzvah here to say something on behalf of Rava. What might have been Rava’s rationale to expound only this one kal v’chomer while leaving all of the other verses unchanged? Perhaps Rava could offer the following simple response. There is no verse that talks about an ordinary kohen who becomes an onein. Sure, as stated on 16a, there is a verse that implies that an ordinary kohen/onein invalidates the avodah, but there is no verse in which he is the actual subject of the verse.

I think this is a meaningful distinction here. There’s a strong case to be made to leave explicit unqualified verses as they are — especially when applying kal v’chomers that will result in internal contradictions — however, when our initial understanding of a halachah’s parameters comes only from an inference, Rava holds that we have more latitude to apply the classic exegetical methodology of the kal v’chomer.

I think that could work. Please write in if you have any further thoughts on this discussion.

Rabbi Wise is maggid shiur of Real Clear Daf, a website and mobile app that offers free audio shiurim and other resources to assist your journey through Shas. He is also the director of Tehillim Together, a mobile app (for iOS and Android) that offers a translated sefer Tehillim and facilitates Tehillim groups. To be a sponsor or to reach Rabbi Wise, please write to rabbiwise@realcleardaf.com or call 855-ASK-RCD-1 (275-7231). 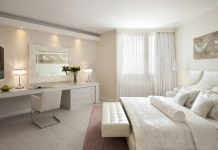