Israel’s oldest cemetery, Har HaZeitim (“the Mount of Olives”), is expected to be rejuvenated in the upcoming years.

Overlooking the Temple Mount, the 3,000-year-old reservoir of Jewish history is the resting place for more than 150,000 Jews, including the prophets Zechariah, Chaggai and Malachi; former Israeli Prime Minister Menachem Begin; and many leading rabbis and Chassidic masters. The mountain is speckled with many churches, making it a holy site for Christians as well.

Since the birth of Israel in 1948, Har HaZeitim and its surrounding areas have been highly contested. The 1949 Armistice Agreement bifurcated Jerusalem with Israel controlling the west and Jordan the east. Although Jews were promised free access to the holy sites and cultural institutions, as well as use of the cemetery on the Mount of Olives, the Jordanians — in an effort to delegitimize the indigenous Jewish presence of the area — proceeded to raze virtually all of the Old City’s synagogues, build a hotel on top of Jewish burial sites and destroy more than 35,000 Har HaZeitim graves. In June 1967, Har HaZeitim, the Old City and the rest of eastern Jerusalem were liberated by Israel in the Six-Day War.

Although Jordanian rule is long gone from Har HaZeitim, the area continues to face international attention. It has also drawn Arab violence, attacks and graveyard desecration.

Co-chairman of the International Committee for Har HaZeitim Menachem Lubinsky, whose parents are buried on Har HaZeitim, told JNS about what he called a “devastating” 2010 report by Israel’s then State Comptroller, Micha Lindenstrauss, that described the cemetery as a mountain that served as the drug capital of eastern Jerusalem and was characterized by strewn garbage, damaged gravesites and constant rock-throwing.

The report served to compel Lubinsky’s brother, Avraham, to form the International Committee for Har HaZeitim. The committee, which looks to assure that the sanctity of the deceased is preserved—and that Har HaZeitim is a safe and secure site for visitors, mourners and tourists—has installed 176 surveillance cameras, lobbied for the establishment of a police station in 2012, and updated the fencing and gating encompassing the area. Additional security measures have been implemented by Israel’s Ministry of Housing, which provides a security unit to accompany visitors free of charge.

The city notes that the improvements have been successful, bringing reports of 300 acts of Arab violence in 2013 to just a few instances over the last three years. In turn, police officials say that up to 2,500 people are now visiting Har HaZeitim daily, compared to only 10 percent of that figure five years ago. The International Committee for Har HaZeitim is looking to install additional security cameras on access roads, as well as increase patrolling by Border Police, improve lighting in many areas and restore some 45,000 gravesites.

Lubinsky said the committee hopes to see “the cemetery itself and its environs better policed, and thousands of visitors come, thanks to a new educational center” that’s in the works.

The visitor center is slated to measure 32,000 square feet when done and include a research area, lecture hall and other facilities containing literature about Har HaZeitim. 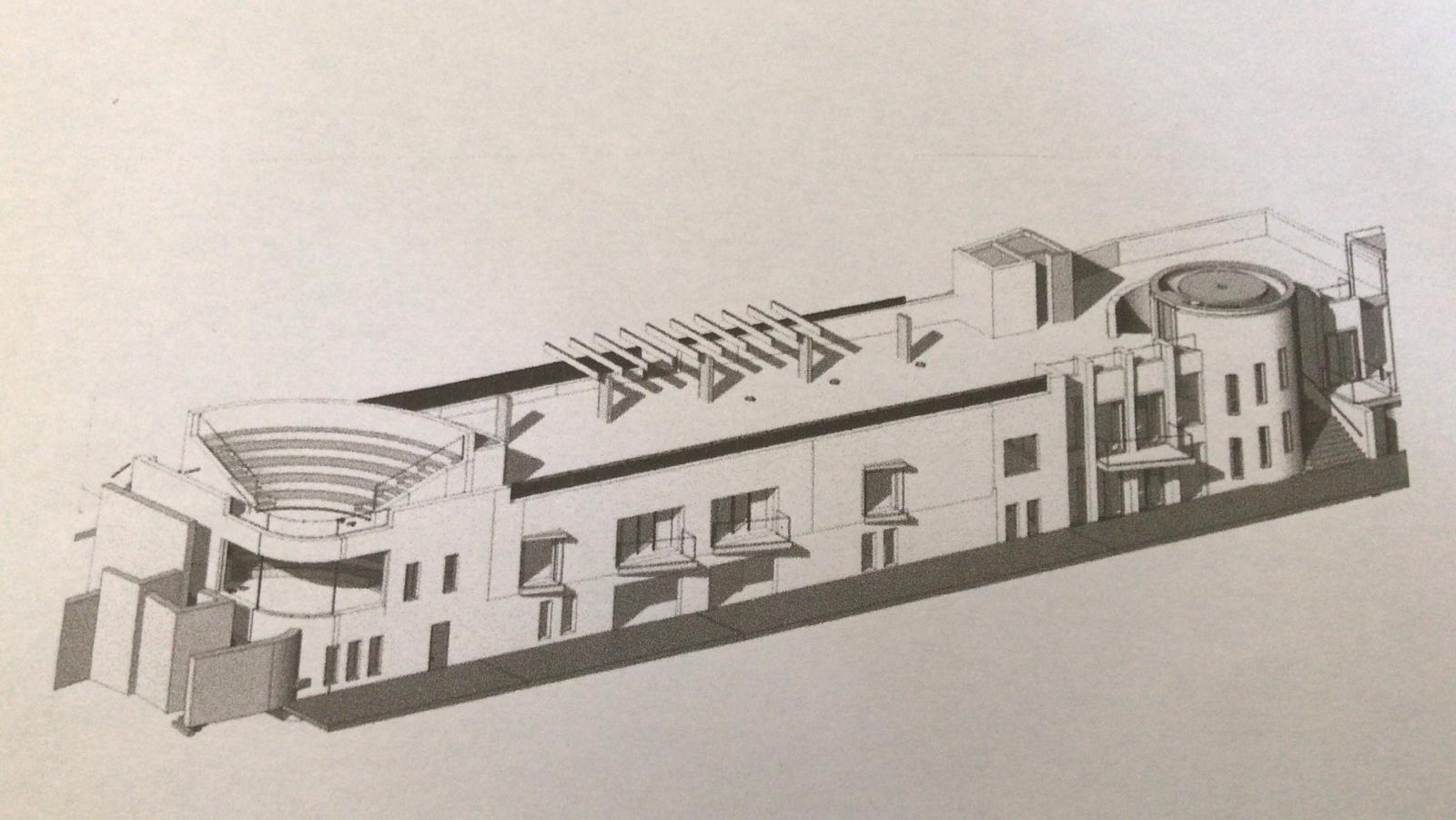 Those involved with the project hope to use Har HaZeitim to teach Jews, especially the young, about their heritage. That includes Jeff Daube, Israel director of the Zionist Organization of America and co-chairman of the Israel chapter of the International Committee for Har HaZeitim, who calls the cemetery “the greatest educational treasure trove when it comes to Jewish history in the world.”

The visitor center and promenade will also serve a strategic purpose, Daube told JNS. He explained that Har HaZeitim used to be deserted because of Arab attacks, but new facilities and accompanying events will “tell our adversaries that we are here to stay.”

Organizers are planning that the cornerstone will be placed by the end of 2019.

A future Jerusalem cable-car stop is also planned. Its establishment would be part of a developing transportation solution to ease traffic in the Old City area, said Nadav Berkowitz of the Jerusalem Development Company, which is behind the implementation of the project. The NIS 200 million ($55 million) project is estimated to reduce traffic of private vehicles by 30 percent and bus traffic by 50 percent in the Old City area by transporting up to 3,000 people per hour in as many as 72 10-person cabins through the skies of Jerusalem. The 1.5 kilometer (nearly a mile) trip from the Jerusalem First Station railroad site to its final stop at the yet-to-be-built Kedem Center near the Old City’s Dung Gate is geared to take less than five minutes.

Har HaZeitim has also experienced revitalization due to the establishment of two Jewish communities on the mountain: Ma’alei HaZeitim, which houses more than 120 families; and Beit Orot, with 24 apartment units. Israel tour guide Ari Singer described the motivation for building communities near the once-lifeless cemetery, saying “we said enough putting dead Jews there; let’s put some living Jews there. So that’s what we did.”

On June 2, the celebration of Jerusalem Day, the Temple Mount Sifting Project is expected to relaunch on Har HaZeitim at the new Mitzpe Masuot visitor center adjacent to Beit Orot.