Home Israel Satmar Grand Rebbe Arrives in Israel for 10 Day Visit
Share on Facebook
Tweet on Twitter
The grand rabbi, or rebbe, of the Satmar Hassidic community, Rabbi Zalman Teitelbaum, landed in Israel from the U.S. on Tuesday morning for a 10-day visit, during which time he will greet his Satmar Hassidim, meet with other ultra-Orthodox leaders, and distribute tens of millions of dollars to anti-Zionist communities and institutions.
The Satmar hassidic community is fiercely anti-Zionist due its belief that Zionism was an attempt to force God’s hand into bringing the messiah.

Grand Rabbi of Satmar hassidic community Rabbi Zalman Teitelbaum arriving in Israel Tuesday morning for a ten-day visit, during which he will distribute tens of millions of dollars to his hassidim and other communities and institutions that don’t take money from the state 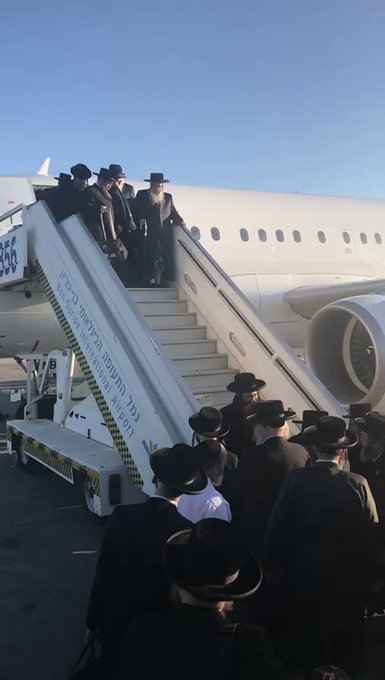 It is a now routine practice during the grand rabbi’s visits to Israel that he distribute money to such institutions, including other anti-Zionist ultra-Orthodox groups outside of the Satmar community.
Teitelbaum is head of the Satmar community of Williamsburg, Brooklyn, while his brother Aaron heads the other large Satmar community in Kiryas Yoel in upstate New York.
The grand rabbi was welcomed on Tuesday night at a mass rally in Jerusalem by thousands of Satmar Hassidim and members of other ultra-Orthodox communities from the Eda Haredit association with which Satmar is affiliated in Israel.
On Wednesday, Teitelbaum is scheduled to visit Mount Scopus for a ceremony to look at the Temple Mount from afar, but he will not visit the Western Wall.
Jerusalem Post Israel News