NEW YORK (JTA) — At a private event for Orthodox Jewish donors, President Donald Trump received a blessing from a rabbi and joked that if he lands on hard times in the United States he could become Israel’s prime minister.

The fundraiser, held Tuesday at the Intercontinental Hotel in Manhattan, featured a packed room of Trump supporters who chanted “Four more years!” as Trump took the podium, according to video of the event. Before speaking, Trump was blessed by Rabbi Y.Y. Jacobson.

“Blessed are you, our lord, king of the universe, that you have shared of your glory and love and compassion with a human being who maintains the honor of every innocent person and Jew, thank you, amen,” Jacobson said.

Trump then said he had an approval rating of 98 percent in Israel and quipped that “If anything happens here, I’m taking a trip over to Israel. I’ll be prime minister.”

He also joked about Israel’s election deadlock. Israel has held two elections this year that have yielded inconclusive results.  As of now, Netanyahu’s rival Benny Gantz is attempting to form a governing coalition and prevent a third election.

“What kind of a system is it over there, right, with Bibi?” he said, referring to Israel Prime Minister Benjamin Netanyahu. “They’re all fighting and fighting. We have different kinds of fights but at least we know who the boss is. They keep having elections, and nobody’s elected.”

– During the Orthodox Jewish fundraiser event, president Trump said he is very aware of what is going on between Israel and Gaza. “It’s crazy, missiles are coming and Israel is firing back” 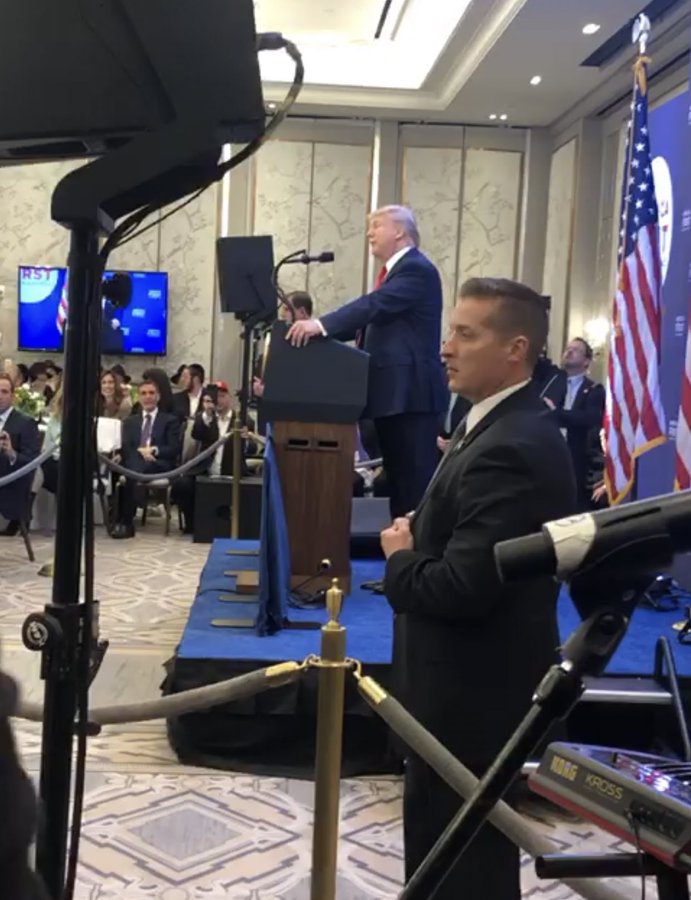 TRUMP: We work hard on Israel, I think i have approval rating of 98%. If anything happens here I’m taking a trip over to israel I’ll be Prime Minister. what kind of a system is it with BiBi They all fighting. We have diferent kind of fights, at least we know who’s the boss

After that, he said that he was able to move the United States embassy from Tel Aviv to Jerusalem because he purposefully did not call back Arab leaders who opposed the move.

“Just tell them I’m very busy, I’ll call them back,” he said. “And then I did it, we got it done, it’s done. And then I announced it and then I went into the office, I made about 25 calls … I said, ‘Don’t worry about it, it’s done already, there’s nothing I could do about it.’ It’s much easier. I say, ‘I’m sorry, I wish I could have gotten back to you sooner.”