It was my family’s shul: Adas Israel in Duluth, Minnesota.

There is a dollhouse model of the Great Synagogue of Vilna in Israel’s Museum of the Jewish People.

“That is the Third Street shul,” my great-aunt said on the eve of her 90th birthday nearly 40 years ago. It was, she said, Adas Israel in Duluth.

Together we studied the miniature, the white walls and curved windows, the pitch of the roof. The family resemblance was striking: Her grandfather had carried the memory of a synagogue to America. If Vilnius was the Jerusalem of Europe, he reproduced it on the corner of Third Avenue and Third Street in Duluth.

As Jews, we exist in so many places at once: We live in the past, where we came from, the worlds we left behind. We live in the now, in a space of hopefulness and watchfulness. We also live in a future promised land. For my great-great-grandfather, the Adas Israel congregation was the physical embodiment of all three — his past, his present and our future.

“Duluth is Jerusalem” has since been my glib and true answer to the existential questions of American Judaism: What does it mean to be an American Jew? Duluth is my Jerusalem. How do I feel about Israel? I’m never certain, Duluth has always been my Jerusalem.

Duluth’s Jewish story felt all-American. My great-great-grandfather didn’t flee the Holocaust or pogroms. He came when Minnesota was a brand new state. He got land for free (though it was not the government’s to give). The Twin Ports of Duluth and Superior are in the heart of the center of the country, about as far from an ocean in any direction as it is possible to get. It was a good place to raise the generations. Ours was a Judaism of confidence and safety.

This great-great-grandfather had nine children. He brought his offspring to America and paid for the immigration of nine cousins to marry them and reproduce. We are related, it is said, to “every Litvak in the Northwoods.” (I am on my own family tree many, many times.) We came as dry goods merchants, we became doctors and lawyers and businesspeople. One of us would become a Nobel Prize-winning American songwriter. Me? I write books about the Holocaust and resistance.

Adas Israel was the oldest continuously used synagogue in Minnesota, but it was a Jewish population in what seemed like permanent decline. As a little girl, my many spinster aunts mourned the loss of the Superior shul across the lake. Like competing sports teams, they were missed once they left town. In my lifetime, Third Street was all we had.

I visited on holidays and didn’t grow up in the Twin Ports. It is cold there. It is small. Like so many in the fourth generation, no one stayed and increasingly few came to visit. When the shul burned down Monday, it had some 50 congregants, mostly elderly. If sunset in the summer is at 10:30 p.m., our Shabbat began at 6 p.m. — “early bird Shabbos.”

Duluth is a university town. Jews move there, but they are likely to attend “The Temple,” the Reform shul. Like the old joke, that’s the one my family would never set foot in.

As I write, we don’t know if the fire was a hate crime or an accident. Both are possibilities and both are monstrous.

The building was beautiful, but in sorry shape. If it is deemed an electrical fire, I will not be surprised. If capital improvements were missed, it is because the congregation was minuscule and many were on a fixed income. Forty years ago I was told the balcony wasn’t structurally sound. I don’t know if it was ever repaired. On Monday, a firefighter was hospitalized from injuries sustained there. For our purposes, women and men just sat together downstairs.

We mostly didn’t have a rabbi. A black hat-wearing Jewish man once tried to take on the job. He put up plastic ferns for a mechitza and campaigned to sell a scroll to fund a mikvah. It felt comic: Aside from me, every woman in the room was on the far side of menopause, and conversions were never our thing. But also, why did we need a mikvah when we were four blocks away from the largest body of freshwater on earth? That rabbi didn’t last.

Still, it felt easy to be Jewish there, among the Frozen Chosen. The worst thing that might happen is you run into a bear while walking to shul. As a kid, my mother attended catechism with her Catholic best friend and Job’s Daughters with her Lutheran best friend, and somehow had a bat mitzvah in the middle. She flirted with Unitarianism in old age. Our prairie Jewish homeland was so companionable.

The image of a synagogue on fire suggests the worst Jewish nightmare, a fresh Kristallnacht. Given cryptic statements from fire department and police officials, it seems the politics of blood and soil may have touched my family seat. I am disoriented and in mourning. But Jews have felt this way as long as we have been Jews. It is almost definitional.

Since the founding of the State of Israel, we have been told that we now have somewhere to go. If they come for us in this host country, we have a permanent Jewish homeland. Duluth was my Jerusalem; Jerusalem is now my Duluth.

Adas Israel is gone and what is left is its symbolic self: Vilnius was the Jerusalem of Europe. The Litvaks created a Jewish home on Third Street. A replica of both survives behind glass in a museum in Israel.

But I am hopeful because there is hope in this story. It feels almost miraculous: The scrolls were saved. They were secure in the basement, carved into the bedrock of the mountain that is the city of Duluth, the great moraine left by the receding of the last Ice Age. It is the only hope Jews ever really have, it is our bedrock: We’ve been through 6,000 years of this, and we are still Adas Israel. 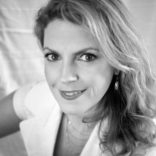 is a journalist and author of “D-Day Girls: The Spies Who Armed the Resistance, Sabotaged the Nazis and Helped Win World War II.”