The late Jerusalem Mayor Teddy Kollek used to say that if one wants to uproot and replant a tree in Jerusalem, it might require U.N. Security Council approval. He was not exaggerating.

Jerusalem is the largest city in Israel with approximately 1 million residents. It is also a bastion of coexistence, where Arabs and Jews frequent the same streets, shop in the same malls and work in the same stores. It serves as a litmus test for the rest of Israel — and the world.

By the end of next month, Jerusalem will also have a new leader.

Mayor Nir Barkat will enter national politics, leaving a vacancy at City Hall in Safra Square in downtown Jerusalem, overlooking the Old City walls. Already there are a record eight candidates running for mayor. At least one more is expected to throw his name in the ring by the Sept. 28 deadline for the Oct. 30 election.

“Jerusalem is crucial and important,” said The Jerusalem Post’s the veteran municipal-affairs correspondent. “Whatever happens in Jerusalem will happen in a decade or less in the rest of the country.”Peggy Cidor has been covering Jerusalem and its mayors for more than two decades, including the races and reigns of Uri Lupolianski, Ehud Olmert — both of whom wound up in jail for similar reasons — and Barkat. She sat down with JNS to help analyze the race.

Haredi Jews make up 39 percent of the Jewish population of Jerusalem, which means “you cannot really win a race in Jerusalem” without the support of the haredim.

At the outset of the race, it seemed that Deputy Mayor Moshe Lion would get the ultra-Orthodox vote.

Lion moved to Jerusalem from Givatayim six years ago, convinced he would beat Barkat for the top seat, thanks to large-spread support by the haredim. But when the large Gur Chassidic sect shifted its support to Barkat, Lion failed. Now he is running again.

The earliest reports showed Lion as a top contender. Today, “his chances are not very high,” said Cidor, citing polls giving Lion 11 percent of the vote.

What changed is that the haredim are now considering running their own candidate: Yossi Daitch (United Torah Judaism), a deputy mayor representing the ultra-Orthodox list at the City Council.

Daitch wants to run, but up until now, he has only secured support of Jerusalem’s Chassidim. The Lithuanian majority has not yet put their votes behind him, and he is “sweating blood and tears to obtain that support,” according to Cidor.

It used to be that a major rabbi would endorse who to vote for, and the people would agree; however, as is being demonstrated, “the era where everyone stands up and does what one of the rabbis says is over,” she said. “If Daitch enters the race, Lion has no chance.”

If he does not enter, however, Lion remains a top contender.

There is another haredi candidate: Chaim Epstein from the radical Peleg Yerushalmi faction that has repeatedly shutdown Jerusalem’s streets to protest the haredi draft law.

“He is not even dreaming of being mayor,” said Cidor, explaining Epstein’s goal is to ensure a seat on the city council — he has one seat now and is a member of Barkat’s coalition — so his sector can obtain the rights it wants, such as more synagogues and schools.

Cidor said many are “afraid” of an ultra-Orthodox mayor taking office.

“It is just the image,” she said. “Daitch is a nice person, very honest and dedicated. If he is elected, I would say he has one the highest chances of giving Jerusalem clean streets, for example. But we all know the population will focus not on what he is doing but what he is wearing.

“He told me, ‘Try to judge me by what I do and not what I wear,’ ” said Cidor. “But we’re not there in Israel; stereotypes still direct our lives.”

A cacophony of candidates

That is the reason the first-ever female candidate for Jerusalem mayor might not make it into office. That, and the fact that Rachel Azaria (Yerushalmim) has aggravated the haredim. 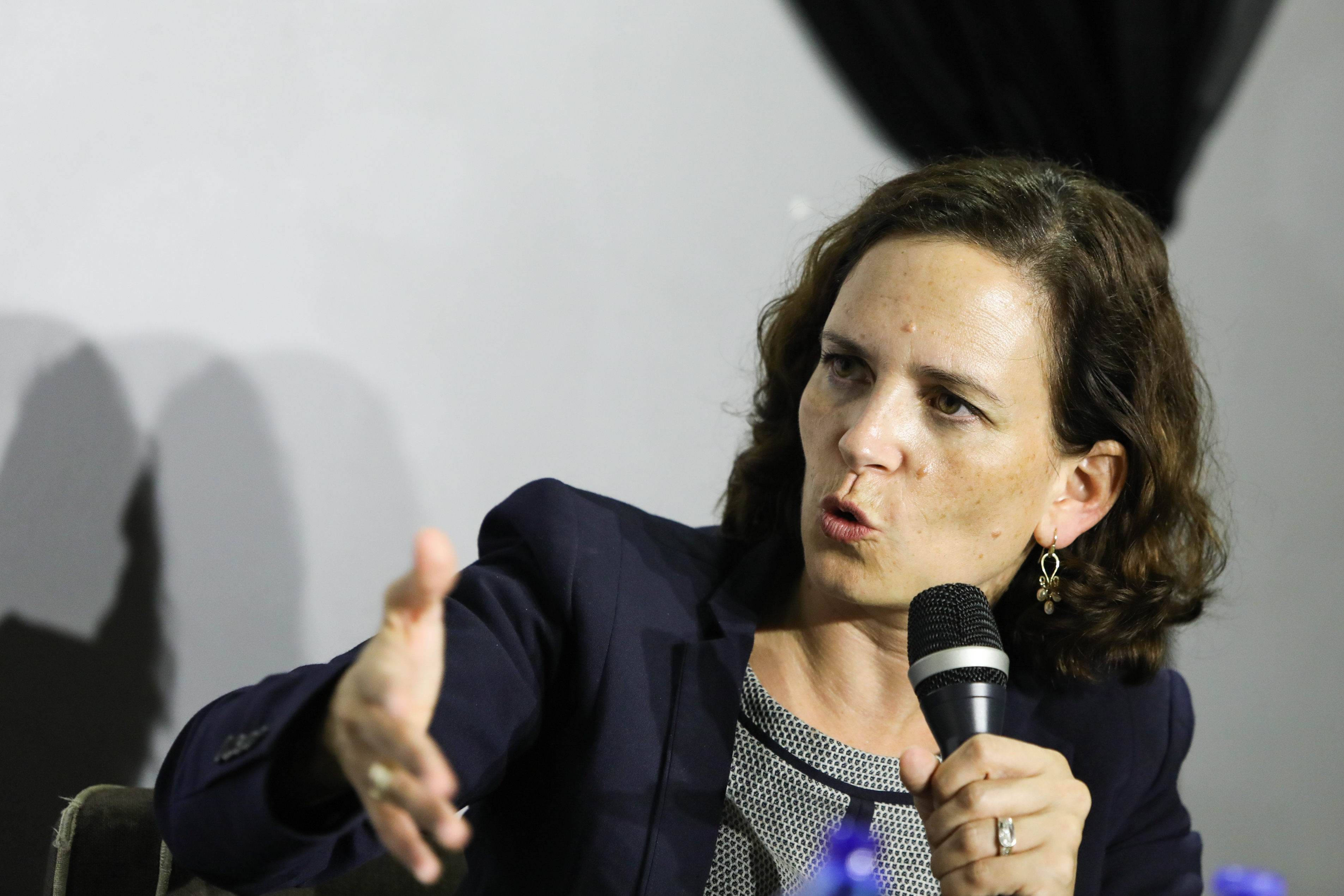 MK and candidate for Jerusalem mayor Rachel Azaria speaks during a cultural event at the First Station Compound in Jerusalem on July 25, 2018. Photo by Noam Revkin Fenton/Flash90

Azaria could have been a success story, but she angered much of her constituency when she abandoned City Hall for the Knesset in 2015.

“I’m convinced she came back to Jerusalem not only because of nostalgia, but her future with her Kulanu Party was blurred, to put it mildly,” said Cidor.

While her chances of becoming mayor are slim to none, she has a fair chance of obtaining two or three city council seats. Since she announced she was coming back to Jerusalem and running, she stands at 6 percent in the polls.

Azaria represents pluralist Jews, but with a little extra emphasis on the Modern Orthodox sector. The haredim don’t like her.

In contrast, the 36-year-old Ofer Berkovitch (Hitorerut) is “a young promise of a new dawn,” said Cidor, who said polls show Berkovitch coming out towards the top—if not winning the election. 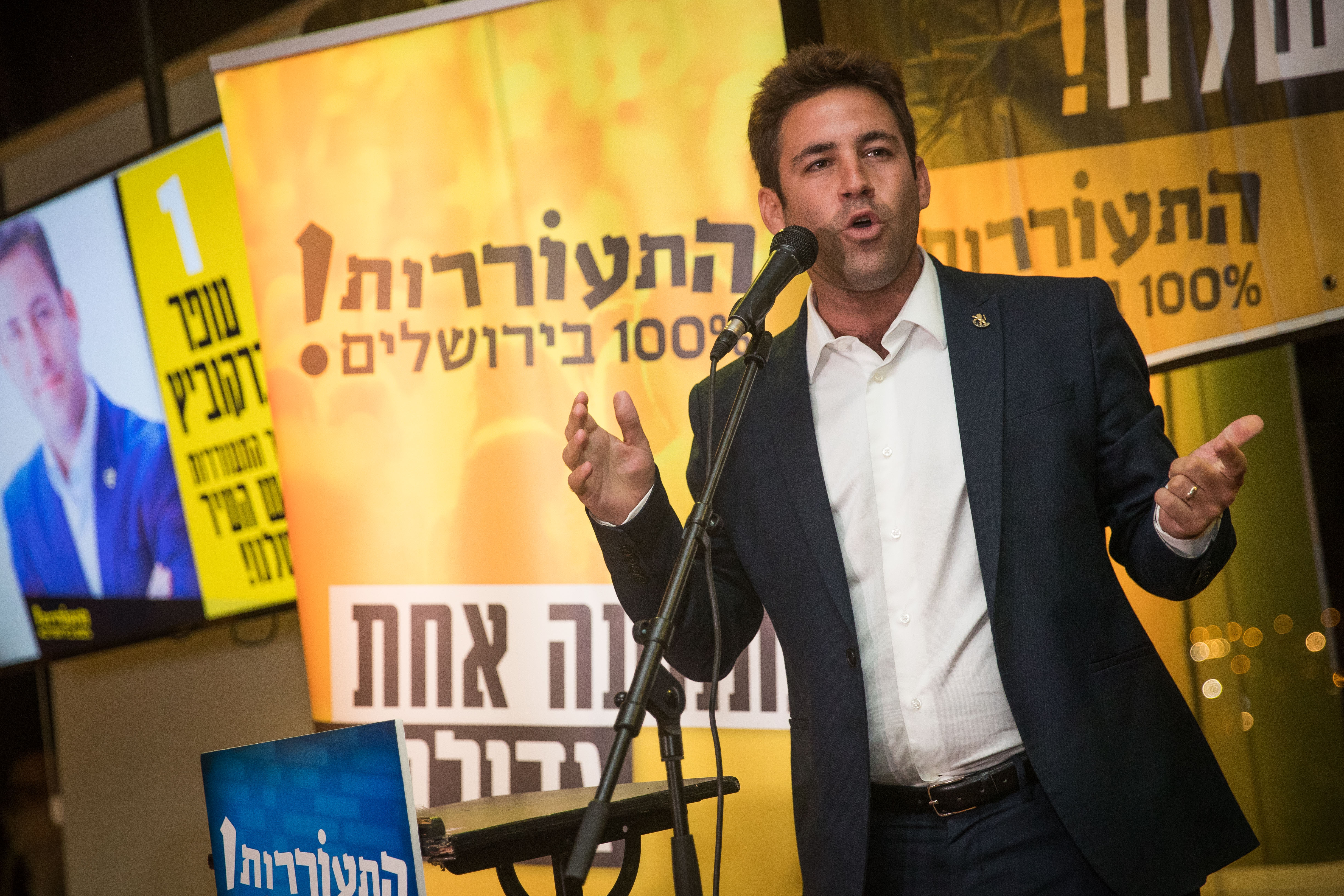 Ofer Berkovitch, Jerusalem Mayoral candidate and head of Hitorerut (Awakening) movement is seen at the opening of Hitorerut election campaign in Jerusalem on September 2, 2018. Photo by Yonatan Sindel/Flash90

Berkovitch represents the secular, traditional and mildly religious pluralistic sector of the city, and he is the “default choice” for many people who don’t want Lion, wouldn’t vote for a haredi candidate and are afraid of mayoral prospect Ze’ev Elkin. “He is smart and very popular,” said Cidor.

Elkin, on the other hand, is those things and more, according to Cidor, who says the candidate is on a “personal political mission” from Israeli Prime Minister Benjamin Netanyahu, who believes in a unified Jerusalem and thinks Elkin can achieve it for him by pushing for his plan to split off several Arab neighborhoods beyond the West Bank separation barrier from the Jerusalem municipality.

“Elkin has been clear: Arabs can live in Jerusalem — not Palestinians,” said Cidor.

Elkin is a currently a Likud Knesset member and the Minister of Jerusalem Affairs and Environmental Protection.

Two other Jewish candidates are on the ballot: First, Avi Salman, a young lawyer, once a close assistant to Barkat and today a loud critic of the way he handles municipal issues. He, like Berkovitch, is 36 years old. He is the only candidate to include a disabled woman (No. 3) on his list. 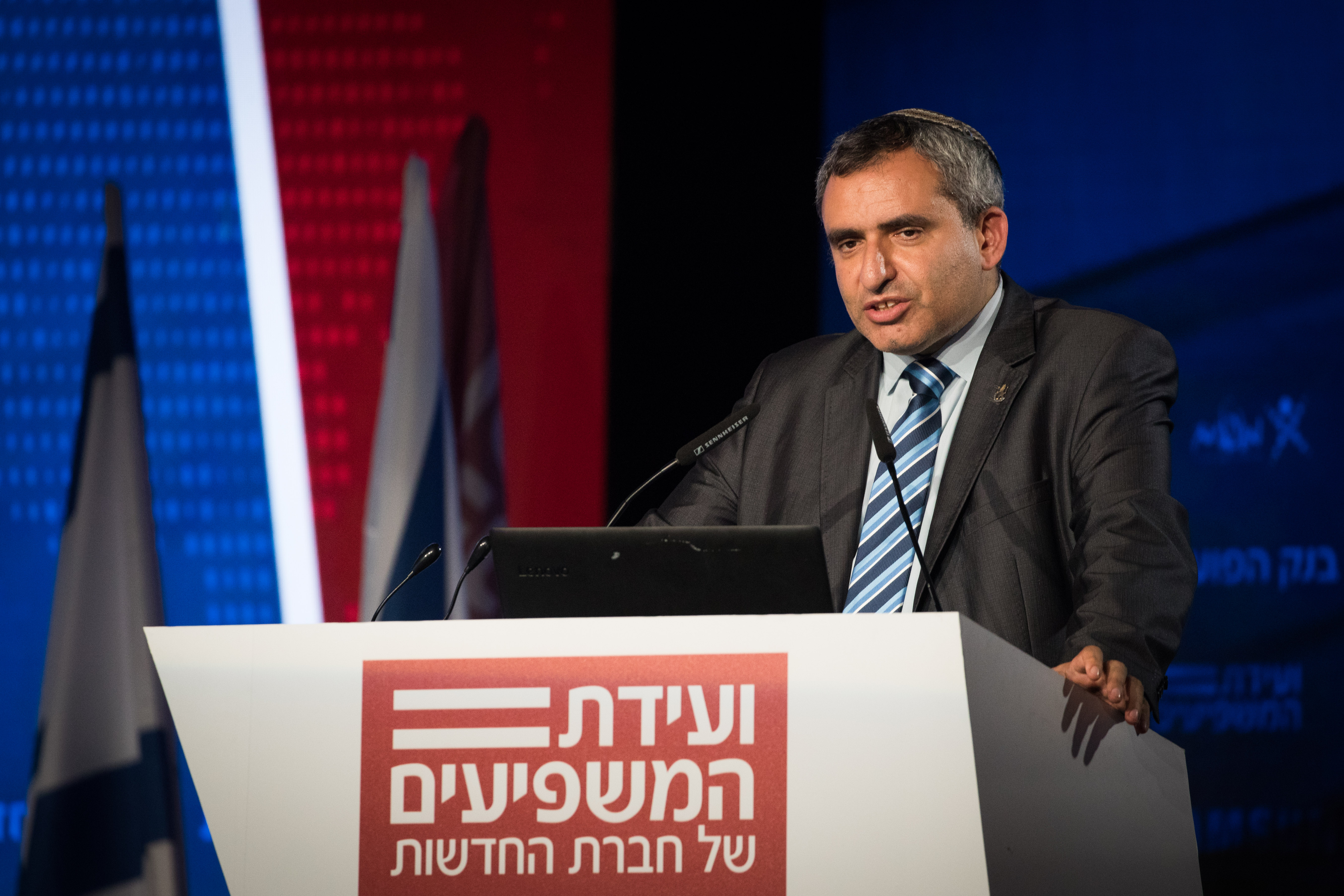 Minister of Jerusalem Affairs and Jerusalem mayoral candidate Zeev Elkin at a conference of the Israeli Television News Company in the Jerusalem International Convention Center (ICC) on Sept. 3, 2018. Photo by Yonatan Sindel/Flash90.

However, Cidor said, “Salman is a bad joke.” Most polls do not give him more than 4 percent of votes, but he has refused so far to withdraw from the race or to join another candidate.

The other candidate is Yossi Havilio, a former municipal legal adviser who also has no chance of becoming mayor and knows it himself, with polls showing him at about 4 or 5 percent. It is likely that Havilio will join Berkovitch.

One Arab candidate is in the running: Aziz Abu Sarah, a Palestinian entrepreneur and CEO of a travel company, who has thrown his hat into the ring at the head of a newly formed list called Al-Quds Lana. However, like 90 percent of Arabs in eastern Jerusalem, he is a resident but not a citizen. Under the law, only citizens can be mayor of Jerusalem. Abu Sarah plans to sue the High Court of Justice to have that law changed.

The Arabs have boycotted elections since 1967 because they oppose the city’s unification. Sheikh Mohammed Hussein, the mufti of Jerusalem, issued a fatwa (Islamic edict) forbidding eastern Jerusalemites to vote. But a recent survey conducted by a Palestinian polling company found that 22 percent of that sector would like to vote.

In the last election in 2013, less than 2 percent of the eligible eastern Jerusalemites voted.

Cidor said that in the recent past, Palestinians who thought to run for City Hall would be threatened with their lives. Today, this is no longer a fear.

‘Too early to tell’

Cidor does not know who will win, of course, but she predicts that Havilio will join Berkovitch and Daitch will decide to run, causing Lion to withdraw. Azaria, she said, will run to the end, but she believes rumors that the female candidate has already worked out a deal with Elkin that if he wins, she will join his coalition and receive the role of deputy mayor.

In Jerusalem, there can be up to eight deputy mayors. Plus, if no one has the majority after the first round of voting, a runoff race will be initiated.

“The final top candidates will be Berkovitch versus Elkin,” predicted Cidor, noting that Elkin is the right-wing candidate and Jerusalem is a right-wing city.

“Is that enough to bring him into office?” she posed. “It is too early to tell.”