While most of the country is dealing with the hangover from the highly divisive 2020 presidential election, aside from recounts and accusations of election fraud, the intensity has continued in Georgia as a massively important runoff election will take place on Jan. 5.

With the balance of power in the Senate in question, the dual Senate runoff continues to exacerbate the political divide nationally, and the Jewish community in Georgia is no exception.

Though many in Georgia’s Jewish community are not shy about giving their opinions, tensions are running so high that very few want to be quoted directly, and they worry about the long-term damage to the community from such a polarized atmosphere. Supporters of the Democratic challengers describe those backing the Republican incumbents in rugged language and vice-versa.

Warnock, who is African-American, is a pastor at Atlanta’s Ebenezer Baptist Church, where Dr. Martin Luther King Sr. and Jr. once co-pastored. Ossoff, who is Jewish, is an investigative journalist.

Going into the November election, it was expected that the Democrats would expand on their lead in the House while flipping the Senate from Republican control, giving Democrats free rein in a Biden administration. But the Democrat House majority shrank precipitously, and Republicans unexpectedly held on to several Senate seats with a current tally of 50 Republicans and 48 Democrats. The only shot for the Democrats to wrest control is by winning both Georgia seats and having 50-50 ties broken by Vice President-elect Kamala Harris, while for Republicans, retaining at least one seat is vital to keeping control of the Senate.

That has made Georgia the national focal point in the political world with contributions and volunteer labor pouring in from around the country. Issues including Israel and antisemitism have made prominent appearances in both races.

‘There is a lot of divisiveness’

In July, a controversy erupted when a Perdue ad had an image with Ossoff’s nose enlarged. The ads were pulled, and Perdue said the alteration was “unintentional.” In an October debate, Ossoff accused Perdue of “mocking the heritage of his political opponents.”

Far more polarizing has been the Loeffler-Warnock race. Though Warnock issued a pro-Israel platform calling for a two-state solution, opposing the BDS movement and supporting arms sales to Israel, criticism has focused on comments that he made about Israel from the pulpit and in group letters, including a letter comparing the Palestinian plight to South African blacks under apartheid, and a statement that he “saw the government of Israel shoot down unarmed Palestinian sisters and brothers like birds of prey.”

He has also been accused of defending Rev. Jeremiah Wright, who has made numerous anti-Israel and antisemitic statement.

Rabbi Peter S. Berg of The Temple, the largest synagogue in the state, has a longtime relationship with Warnock, including a decade-long pulpit exchange during Martin Luther King weekend every January. He said the attacks on Warnock “misrepresent his position on Israel.”

Warnock has responded by saying  claims that he believes Israel is an apartheid state “are patently false.” Ossoff calls Warnock “a beloved friend and ally of Georgia’s Jewish community.” 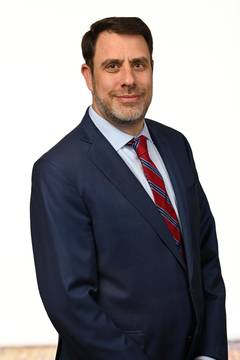 Rabbi Peter S. Berg of The Temple, the largest synagogue in the state. Credit: The Temple.

Sixteen Georgia rabbis were among about 200 rabbis across the country signing a Jewish Democratic Council of America letter that rejects “false and divisive slander.”

The signatories stood with Warnock against “baseless claims and attacks,” calling them an attempt to divide the black and Jewish communities, and the Jewish community itself.

Rabbi Ilan Feldman of Beth Jacob in Atlanta and Rabbi Avigdor Slatus of Congregation Bnai Brith Jacob in Savannah — prominent Orthodox congregations in the state — signed the letter, which states “only a fool, or someone callously unconcerned for the safety of Israel and the Jewish community, would grant credence to what he says on the campaign trail today to Jewish audiences, over what he said just a year ago in front of his own, supportive congregation.”

The CJV letter also was a response to how Warnock “brushed aside” his past statements during a JCDA forum the previous week.

People point to Loeffler’s ties to Marjorie Taylor Greene, a newly elected House representative from Georgia who is associated with QAnon, a far-right conspiracy theory group that peddles antisemitic sentiment. They also say her attacks on Warnock are racist, and that she uses antisemitic “dog whistles” in her campaign speeches.

On Dec. 13, she disavowed a photo posted online of her with Chester Doles, a white supremacist who spent time in prison for beating a black man. The photo was taken at a campaign event, and a spokesperson for the campaign said she had no idea who he was and “would have kicked him out immediately” if they had.

Atlanta’s Jewish community is the largest in the South, with around 120,000 Jews. A few thousand more live in small communities around the state, such as Savannah, Augusta, Athens, Columbus and Macon.

Allison Padilla-Goodman, who heads the Atlanta-based Southern office for the nonpartisan Anti-Defamation League, said, “I think nationally Jews tend to lean more toward Democrats. But in Georgia, there is a closer split. As a result, there is a lot of divisiveness.” 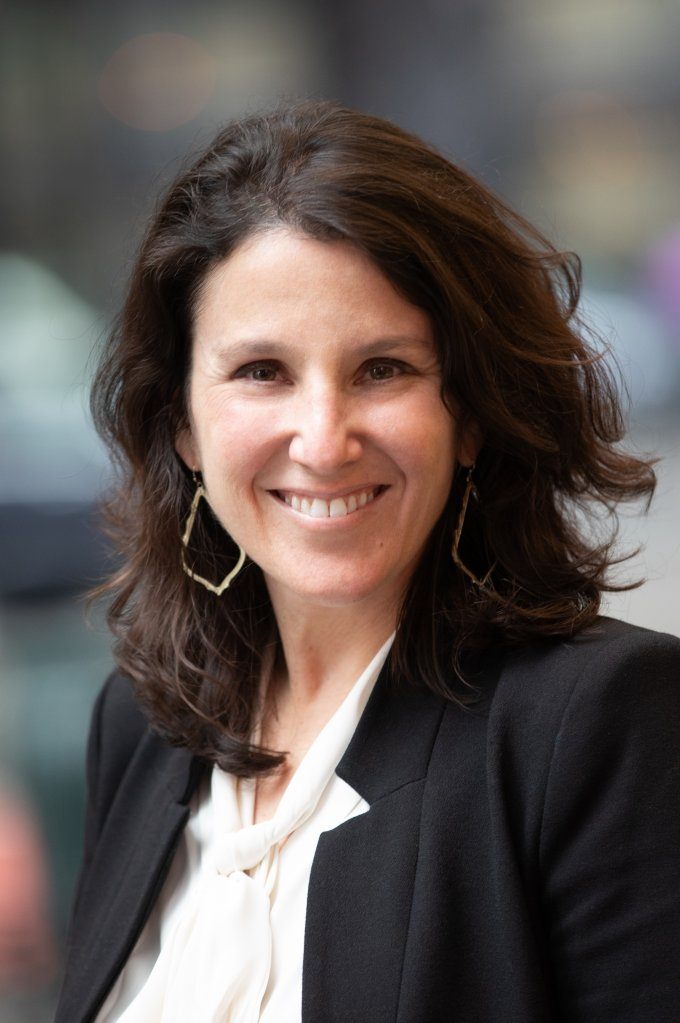 While the Democratic presidential candidate routinely gets about 75 percent of the Jewish vote nationally, in communities throughout the South a 50-50 split is not uncommon. One Georgia survey even indicated a slight edge for Trump in Georgia’s Jewish community — 50 percent to 49 percent.

‘Divided over something as important as Israel’

The wear and tear that the ongoing political drama and tension is taking on Atlanta’s Jewish community and smaller Jewish communities around the state is draining, acknowledge Jewish leaders. But they are not doing much about it right now, as they are in the heat of battle.

Many Jewish Trump voters referenced overlooking his less savory personal attributes in supporting his overall policy decisions. That willingness to put aside personal foibles in pursuit of the bigger prize continues in both sides’ reactions to the Senate race, whether they are brushes with anti-Semitic rhetoric or positions seen as anti-Israel from one’s preferred candidate, while emphasizing those qualities in the opposing party’s candidates.

Joanie Shubin, co-chair of Atlanta’s Jewish Women’s Democratic Salon, says, “I honestly don’t have any good friends with different political views.” For her, the election issues have moved beyond public policy into Jewish values.

One of Atlanta’s most visible Democratic advocates is Michael Rosenzweig, board member of the Jewish Democratic Council of America and a head of the JDCA Georgia chapter. “Those of us who are Democrats genuinely cannot understand how anyone who cares about the values of the Jewish tradition can possibly support Trump. It’s quite literally unfathomable,” says Rosenzweig.

The election’s tension and discord will be “long term,” he says, “owing to the willingness of Republicans to go so low in embracing political expediency over true concern for Israel’s security by undermining the bipartisan nature of U.S. support for Israel.”

Shubin is frustrated because she also believes that support for Israel has become politicized. She bristles at the idea that Democrats are not as supportive of Israel as Republicans. “I am willing to disagree with Republicans on other issues, but I find it disturbing that we have allowed ourselves to become divided over something as important as Israel,” she says.

Chuck Berk, a local chair of the Republican Jewish Coalition, dismisses the idea that Republicans have politicized Israel and made it a wedge issue. “What you have is Trump and the Republicans being so strong in their support for Israel. Democrats need to look in the mirror and ask themselves what they haven’t done to support Israel.”

A commitment to Israel, he adds, “is not making statements. It is action. I would love to see the Democratic Party be as strong for Israel as the Trump administration has been.”

Berk acknowledges the political climate in Atlanta’s Jewish community is challenging these days. “With some of my golfing friends, who are more liberal, I can’t even bring up politics. They get so emotional. If I try to express my views, then I am one of those ‘deplorables.’ ”

Dov Wilker, longtime director of the Atlanta office of the nonpartisan American Jewish Committee, has met with all four Senate candidates.

He says Loeffler is “very pro-Israel” and has not done anything explicitly to offend the Jewish community. Regarding her association with Greene, said he says this should not be interpreted as her supporting antisemitism. He sees Loeffler’s relationship with Greene reflecting the senator’s desire to “connect with an important voice in the electorate.”

Warnock, Wilker says, has made statements that have been anti-Israel. Yet, he adds, Warnock is a friend of the Atlanta Jewish community who has been an ally on the local level and built key friendships with Jews.

Reflecting on Perdue, Wilker says, “I think he’s been very supportive of Israel. He has unfortunately had two instances of what people have seen as antisemitism — a comment he made a number of years ago and a campaign ad enlarging Ossoff’s nose, a classic negative Jewish stereotype. “We talked about the ad. He understands why it was wrong.”

Of Ossoff, Wilker says it’s easy for Jews to vote for him given that he is Jewish, proud of being Jewish and talks openly about his commitment to his Jewish identity.

“It is amazing how much this has galvanized people and captured their attention. Friends not politically involved got fired up over the presidential election and have maintained that enthusiasm,” he maintains. “It is exciting that Georgia is the center of the political universe right now. It gives our state the chance to showcase itself. Everybody knows that everybody is looking at us.”

One of those who wants to be optimistic about the impact of the extended election season on Georgia’s Jewish community is ADL’s Padilla-Goodman. “While the election issues are intense, I don’t think they will fracture the Jewish community in the long term. The community continues to be an incredibly unified force,” she believes.

Though after pausing for a moment, she adds, but “I’m probably being a little utopian.”