We miss Chanukah in Israel. For so many years, because of my father’s yahrzeit, it was Israel for part or all of Chanukah, no questions asked. That’s the way he wanted it and that was the way it was going to be.

The last few years, though, as the family has grown, baruch Hashem, I’ve been playing with the date and not necessarily being there in Israel on the exact date of the yahrzeit. Don’t get me wrong — for many years, when our kids were very young, after I lit that fourth Chanukah wick at home it was off to JFK Airport for the long overnight ride to Tel Aviv. The next light would either be lit in the early morning at Ben Gurion Airport or later that morning in the hotel or apartment we were staying in.

Let’s take last year in our pre-COVID world. It was the first time we took a few grandchildren with us on the occasion of their bar or bat mitzvah. It was mid-January, a few weeks after Chanukah. We were hoping to do the same this year with a few more 12-year-olds, and if things improve over the next few weeks we still might get it together.

Now, as we all know, traveling to Israel is not as simple as it used to be. If you are from the U.S. you need a visa issued by Israel’s Interior Ministry in tandem with the Israel Health Ministry. Both together check out the purpose for your trip, your health, and your personal history vis-à-vis COVID.

It is absolutely possible to travel to Israel, but unless you are visiting family or attending a simcha you might find the journey a bit arduous. The hotels in Jerusalem are closed. A kashrut supervisor from one of these hotels who comes to the states annually to collect money to support his family was in my office last week. He said that the hotel he has worked in for many years has been closed for the last six months and he does not know when they will reopen.

A friend who recently returned after a few-day stay on business in Israel reported that all the Jerusalem restaurants are closed, though many are open for takeout orders exclusively.

Motti Verses is an executive with Hilton Hotels in Israel and oversees the management of the Tel Aviv Hilton as well as the popular Waldorf Astoria that at this time of year is usually sold out and filled with Americans, mostly from the New York area. Motti reported the other day that while hotels in Tel Aviv and Eilat are open, when you arrive in Israel you are required to quarantine for 14 days, though that is subject to change on an almost-daily basis.

Up the road from the Waldorf is the iconic King David Hotel. I reached out to General Manager Sheldon Ritz about the status there and he WhatsApped back that the hotel is closed. He added that he is anticipating a mid-March opening, so that would be right before Pesach.

The year that my father passed away and we were in Israel over Shabbos Chanukah, it was near impossible to find a hotel room anywhere. Some people we knew used their influence and managed to arrange a small (OK, tiny) room for my brother and me at the Prima Kings Hotel. This hotel is up the road from both the Waldorf and the King David but is more of a priced-right, budget type of place. We arrived on a Friday morning and were leaving for New York on Saturday night, so we only needed the room for one night.

The Kings is only a few hundred feet down the street from the Great Synagogue where we davened and said Kaddish Friday night. When we left shul on Friday night after my father’s petirah, still stunned from a whirlwind, life-changing 24 hours, there was a group of young men on the plaza outside the Great Synagogue—maybe there were 100 altogether—and they were dancing with a joyous and high intensity in celebration of Shabbos Chanukah.

I would have loved to jump in and join them, but how could I? We had just finished burying our father in Beit Shemesh about seven hours earlier. But I also could not help thinking that this was my dad’s plan all along—that is, the combined contradictory nature of the loss and the celebration of the chag. The word “mind-blowing” is commonly overused, but not in this case on that Friday night. This was mind-blowing.

As long as I’m on that subject, let me tell you what happened next. We really hadn’t eaten all day. Shabbos began at about four o’clock and we finished davening — chazzan and all — at about five. We made our way back over to the hotel to make Kiddush, eat something, and then go to sleep because we were exhausted.

We walked over to the maître d’ to seat us because, just like every place else in Jerusalem, the hotel and the dining rooms were filled to capacity. He sees us — two men — and leads us directly to a small table for four where two young women were already seated. It was awkward, to put it mildly and to say the least. I sat there fidgeting for just a moment but then I spoke up and said to the two young women that they would have to excuse us as we had just buried our father a few hours earlier and would not be very good company considering our state of mind.

I didn’t have to go as far as to explain that between the both of us we had seven young children back home. I called over the maître d’ and explained the situation to him, and he promptly found us a small table in a corner of the room. We made Kiddush, washed, ate a bit, and then retired for the night.

The next day, as I mentioned a few weeks ago, was a beautiful, warm Shabbos in Jerusalem. But there was also a leftist protest in the city that the organizers dubbed “Hands around Jerusalem.” It was 1989, so I’m not sure what they were protesting, but it seemed to have something to do with the Jewish presence in East Jerusalem. All I can recall was that there were many people holding hands, which was supposed to form a circle around the city. I noticed several people dressed in Arab garb and a few Christian clergy and Franciscan monks in brown robes.

As we walked back to our hotel from the Kotel at about noon there was a band playing and singing on the roof of what looked like a one-floor building. The words I heard from the singer, Shalom Hanoch, was “Mashiah, hu lo zeh bo.” Translated, the lyrics to his song were, “Mashiach, he is not coming.”

Anyway, all these years later, who would have thought that we would ever have to deal with a situation like this? Thanks to modern medical technology, however, we are moving rapidly in the direction of trying to get back to normal. This has been a global trauma, and it will take time for us to recover from it.

I was encouraged to hear from Sheldon Ritz at the King David that he anticipates reopening in mid-March. I hope he is right and on target. I’m thinking about going to Israel before that target date, and I’ll stay in a friend’s apartment or rent one if need be. Or maybe I’ll stay in Tel Aviv and visit Jerusalem instead of my usual itinerary of staying in Jerusalem and visiting Tel Aviv. That would be a switch, but a quite doable one.

The point is that I have to get over there. Israel, we want you back. I’m missing you too much. 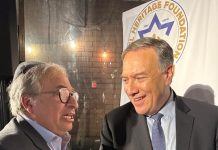