BEIT SHEMESH, Israel (JTA) — When Aliza Bloch was elected mayor of Beit Shemesh last month, it ended a decade of haredi Orthodox control over this small bedroom community of just over a 100,000 residents.

The site of numerous clashes between haredi zealots and their secular and national-religious counterparts in recent years, the city — located in the scenic Judean hills midway between Jerusalem and Tel Aviv — has come to be considered both in Israel and abroad as something of a microcosm of Israel’s religious kulturkampf.

Bloch’s victory in municipal elections — making the veteran Modern Orthodox educator the first female mayor of Beit Shemesh — was held up as a victory for feminism by voters tired of what they saw as the city’s unwillingness to stand up for their rights.

However, Bloch, who spent years as the principal of a local high school, shrugs off suggestions that she is the embodiment of religious Zionist feminism. She prefers  to describe herself as a candidate first and a woman second.

Speaking with JTA in her cramped campaign office in a rundown house only blocks from the city’s newly constructed municipal building, she insisted that she “didn’t win because I’m a woman, I won because I’m Aliza.”

While her supporters have shared Photoshoped pictures on social media of her riding on the shoulders of soldiers — another cohort typically targeted for ridicule and violence by the city’s small but active community of zealots — Bloch insisted that she was just a resident who ran because she felt she was the most qualified for the job. 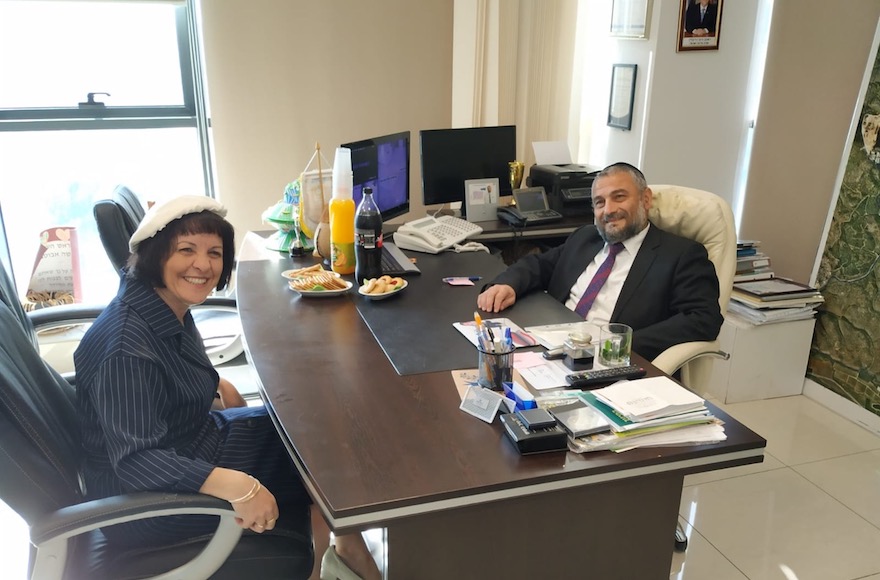 Aliza Bloch and Moshe Abutbul talking after the election. (Courtesy of Bloch)

“I don’t feel like a symbol. I believe in an idea and in making changes. I ran because of my ideas about how to run the city, not as the feminist candidate. But I am also a women,” she explained, describing her identity as multifaceted. “The way to create change is to show people that they aren’t defined by only one thing.”

Her haredi opponents demonized her, distributing fliers predicting that she would close down religious schools and introduce bus service on Shabbat. Bloch campaigned on a platform of unity, she said, noting that she won in part due to the thousands of haredim who voted for her and the thousands more who refrained from voting despite exhortations from their communal leadership to support Moshe Abutbul, the haredi incumbent.

As part of this effort to reach out to the haredim on their own terms, Bloch refrained from using her image on advertisements in haredi neighborhoods — a tactic that some activists found slightly ironic, given their long fight against a municipality that had long refused to use images of women on official publications.

“The No. 1 rule for change is having people hear your message,” said Shoshana Keats Jaskoll, the founder of the religious women’s advocacy group Chochmat Nashim and a supporter of Bloch who has been vocal on the issue of the erasure of women. “I understand her choice to not show her face in certain neighborhoods because had she done so they would not have come out to listen to her. She wasn’t fighting a battle for her face but a war for the city, so to win the war she sacrificed on a smaller ideal for the larger ideal.”

Jaskoll expressed hope that Bloch would take firm action against the graffiti and street signs instructing women to dress modestly that have proliferated in certain Hasidic neighborhoods in recent years. While the High Court of Justice had called for the signs’ removal, Abutbul was widely seen by residents as having made only a desultory effort to follow its ruling and had failed to put up security cameras in the neighborhood despite having been provided with the funding.

“She’s gonna clean that up and [put up] the cameras that the court said should go up,” Jaskoll said. “I happen to know there are already meetings to get the cameras up and she’s not even mayor yet.”

Bloch agreed, saying that she would enter into dialogue with the extremists, setting out a series of red lines, and that “the minute they have clear borders on what is allowed all life we be different.”

“There will be no patience for any act of violence,” the mayor-elect said, adding that there was a possibility of opening a police station in the extremists’ neighborhood but declining to go into any sort of detail. 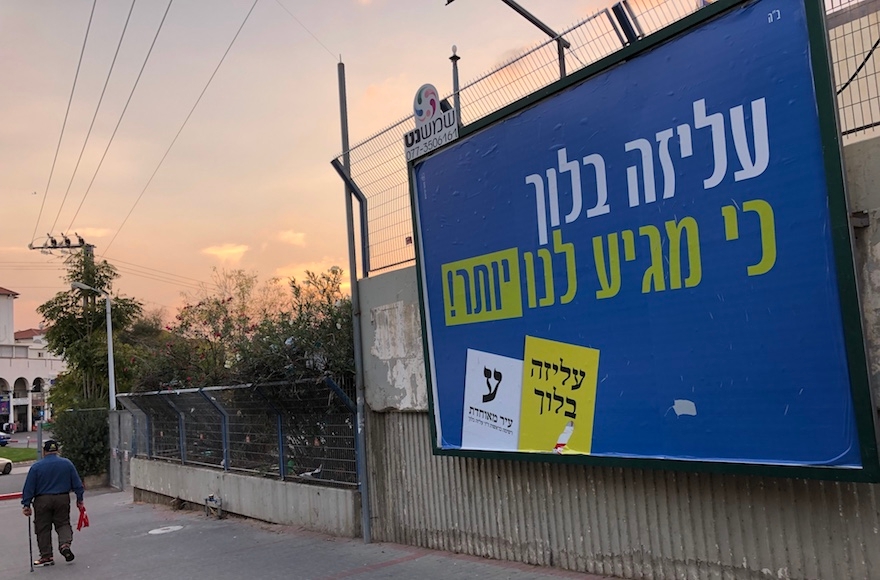 Rena Hollander, an attorney and another local women’s activist who headed the local branch of the religious Zionist Jewish Home party during the recent election, is herself a newly elected member of the City Council. Hollander said that she intends to “empower women in the city” through a variety of measures, including by pushing for the use of affirmative action policies in municipal hiring that went largely unenforced during Abutbul’s tenure as mayor.

“I won’t have any problem in the municipality campaigning for women’s rights,” she said.

Given Hollander and Bloch’s successes, Jaskol was ecstatic, gloating that “now we have a woman mayor and it’s literally impossible to erase the women of Beit Shemesh.”

However, while she agreed that she would definitely work to advance the cause of women in Beit Shemesh, Bloch was careful to try and show that she was not defined by her gender. Bloch said the city could become a model of cooperation between people where “it doesn’t matter what their background is.”

Beit Shemesh, she said, has the potential to become “a model for the State of Israel.”