All of us occasionally find ourselves in situations where we may need to offer constructive criticism. Yet, effective and constructive criticism is an art form. Indeed, the Talmud (Eruchin 16b) notes that Rabbi Tarfon expressed doubt that any one of his contemporaries could properly accept criticism, while Rabbi Elazar ben Azarya questioned if anyone could deliver criticism respectfully and without generating shame (see Rashi there).

It is therefore noteworthy how in our parashah (29:4) the usually reticent Yaakov Avinu arrives in Charan, meets several of the locals, and almost immediately begins to criticize them for their work ethic. Even stranger, they seem to have no problem with it at all. How did Yaakov accomplish this?

One of the great post-Holocaust rebuilders of Judaism was Rabbi Yosef Shlomo Kahaneman, zt’l, the Ponevezher Rav. He was passionately dedicated to rebuilding in Israel the destroyed yeshivas of Lithuania, seeing it as his mission and as the charge he had received from his saintly teacher, the Chofetz Chaim. Remarkably, he earned the love and admiration of the broader Israeli leadership and society while serving as one of the chief architects of the emerging Haredi world.

The Rav highlighted that when Yaakov addressed the locals, he opened with one critical word, achai, “my brothers.” Yaakov was able to convey a true and genuine feeling of care and kinship that enabled him to address the other constructively.

For the Ponevezher Rav this was not just a thought on the parashah. He would invariably begin his public speeches and private conversations in the way of Yaakov, achim yekarim, mein ty’ere breiderlach, “my dear brothers….” He succeeded in conveying his respect and love for others, and they saw that it was genuine, opening the door to real communication and connection.

This is a model for all of us to emulate in our personal, professional, and communal relationships. 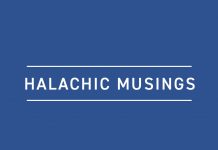