When you drive down Rockaway Turnpike, either on the way home or to visit friends or family, most of the time you will come to a stop at the corner of Rockaway Turnpike and Central Avenue and you are in Lawrence.

If you are looking straight ahead and waiting for the light to change, off to the left in your peripheral vision is a handsome newly painted building with the signage and picture windows that introduce you to Stefans Florist.

Chris Stefan, the founder and owner of the floral emporium, passed away last week at the age of 92. The thing about Chris was his signature friendliness and concern for his community. He was here long before many of us and watched the demographic shift with pride. He established enduring relationships with Orthodox Jewish community leaders that bore appreciable results from the 1950s up until his very last days.

Noted attorney Ben Brafman said he was close friends with Chris and that he will be sorely missed. “I’d say about Chris that he was an honorary member of the Jewish community.” Brafman said that Chris was a donor who supported numerous institutions and organizations that play central roles in the Jewish community. He said that Chris, who dealt with many communities around the area, had a special place in his heart for our community.

“He liked the Orthodox Jewish community,” Ben Brafman said, “because he appreciated the sincerity and dedication of the community and was proud to be a part of that dynamic.”

Rabbi Mordechai Kamenetzky, the rosh yeshiva of Yeshiva of South Shore, says that he recalls fondly the immediate close relationship that was forged between his father, Rabbi Binyamin Kamenetzky, z’l, and Chris, and how the young businessman helped the young rabbi establish his yeshiva and build a community that has evolved into a flagship international frum community that continues to grow and flourish. Rabbi Kamenetzky said that Chris used to say jokingly to his father that his name should have been Stefansky. It was actually Stefanos. Suri Brody of Surreal Events was very close to Chris, his wife, and Chris’s children. She and her company arrange and preside over numerous weddings and similar type of events in the course of a year. For many weddings and bar and bat mitzvahs, Suri is the go-to person to manage the abundance of details involved in putting together an enjoyable and successful simcha.

Suri was close to Chris and Jimmy—who I had the pleasure of meeting a few months ago as he was in our home building the chuppah for the wedding of our children Malkie and Jeremy. I didn’t know Jimmy at the time but I was introduced to him by Suri and there he was for the next two days building the most intricate and attractive chuppah I had ever seen.

There was a lot of detail involved, and I had no idea about the painstaking effort and artistry that goes into constructing something of this nature. Jimmy was building the chuppah with the assistance of one other person. It was being built in a room just off our kitchen, so there I was for most of two mornings sitting at a table sipping coffee and observing Jimmy build the chuppah. The fascinating thing, aside from the artistry involved, was the calmness and the methodical fashion in which he got this done.

“There was no one like Chris,” Suri Brody said. “Once he was focused on something or asked to assist—no matter what it was—you had his full attention until the deed was done.”

Rabbi Zev Friedman of Rambam Mesivta told me the other day that the relationship between his family and the Stefan family goes back over 50 years. “My father in law, a’h, installed the extensive refrigeration that is essential in the floral business,” Rabbi Friedman said. He said that a half-century ago Chris was opening a new business and money was tight. “My father-in-law told him to pay when he had the money to do so and Chris never forgot that.”

Since that time the Friedman and Stefan families have been very close. At the recent Rambam Mesivta dinner, Chris received an award recognizing all he has done for Rambam and so many other yeshivas in the community over the years.

Rambam Mesivta started school in their new building on Mott Avenue on the edge of Lawrence about a week after the school year began. The building was ready to be occupied before, but the building department in Nassau County wanted a slight change made on an external plumbing part. Until that minor adjustment was made, the building inspector would not allow the yeshiva to open.

Rabbi Friedman ran into Chris Stefan around this time and mentioned the delay in the opening. Chris then got on the phone to the people he knows in the county, informed them that the issue had been addressed, and then finished his phone call with the official by saying, “I want my Yeshiva open.”

Everyone I spoke with agrees that Chris Stefan will be missed. He was one of a kind. 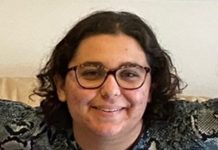